One of the levels and layers that go to make up the Egg.  As can be seen from the diagram below it can be found between the vibrational levels of Aether and Air.  It is separated from the Aether level by the Abyss – a sort of sink hole allowing circulation of energy.

The vibrational levels of Fire, Air, Water and Earth together constitute what is sometimes called the Outward court and in Neoplatonic terms is called the World soul.

Its role is that of a protective barrier – analogously like a computer firewall and in any form of spiritual experience it is indeed a formidable barrier.  It appears variously like a black impenetrable layer of Cloud and occasionally as a wall – with flames or not. When it appears as a Wall – we see the symbolism of the Wall too.

It can also appear symbolically as a ‘Red Sea’. The Red Sea in the Bible was not the physical Red Sea, it was this level and layer and as such 'crossing the Red Sea' meant that you had gone beyond your own soul Cone and reached the Aether level where your Higher spirit was – in effect you had achieved Moksha or Nirvana.

When Moses talked about leaving ‘Egypt’ for the ‘Promised Land’ he was describing the spiritual journey through this barrier, he thus symbolically parted the Red sea for those who wanted to attain moksha.  The crossing  is a symbol of spiritual evolution, and of course it is also symbol of death because people when they die go beyond their soul cone to join their Higher spirit through this barrier.

It is extremely unusual to be allowed to go through this layer without a guide or helper, many go through it in Near death experiences but never know because they are using the Tunnel.

In C S Lewis’s Voyage of the Dawn Treader, the boat is travelling on the Water level through the Air [in one scene in the book they see the Earth level below the water] they travel through a sea of Water lilies and reach a wall of water that extends into the sky – this is actually the Fire level symbolically described.  Brave little Reepicheep then paddles his coracle [half an Egg]  up the waterfall and is never again seen in Narnia – Narnia being the spiritual world but the level of the soul cones.  Lewis hints that he reaches Aslan's Country which is the Aether level – so Reepicheep manages Annihilation.

As you can see from all these examples the Barrier itself symbolically appears in visions or out of body experiences in all sorts of ways – wall, cloud, standing wave and so on – ultimately its abiding feature however is that it is impenetrable, a spirit helper is needed to show you the portal through – unless of course you are a brave mouse or a border collie [sorry I’m joking – or maybe I’m not].

Isaac Watts – from the Incomprehensible 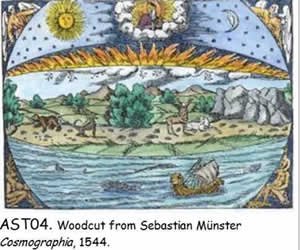 Or if I reach unusual height
Till near his presence brought
There floods of glory check my flight
Cramp the bold pinions of my wit
And all untune my thought
Plunged in a sea of light I roll
Where wisdom, justice, mercy shines
Infinite rays in crossing lines
Beat thick confusion on my sight,
and overwhelm my soul

Great God!  Behold my reason lies
Adoring; yet my love would rise
On pinions not her own
Faith shall direct her humble flight
Through all the trackless seas of light
To Thee, th'Eternal Fair, the infinite unknown

Spirit Entities and the Fire level

A number of ‘gods’ or Spirit Entities have been associated with this level and layer from Haphaestus in Greek myth to Vulcan in the Roman cosmology.  He is also called Mulciber ("smelter") in Roman mythology and Sethlans in Etruscan mythology.  The names are actually synonyms.

By derivation anyone who can guide you through the Fire level was in a sense a sort of god, and this is where the reverence for the Smith was born – the Smith or the Blacksmith may well have been someone who could handle fire on a physical basis but on a symbolic level he or she was someone who could go through Fire – Fire walking!  Moses was thus a Smith.

Smiths are also by their nature able to work the alchemical metals turning lead into gold or put more simply they can help a real materialistic dummy down at the earth level to climb the spiritual ladder higher and higher until he goes through the portal and become gold in the aether level.  So the Smith was not a true worker of physical metals he or she was a spiritual teacher able to help people along the spiritual path

Blood is spiritual input, its symbolism is described elsewhere, but one other reason that blood was a useful symbol was that unlike water it had passed through Fire and was thus red!

The Fire level appears to be the level at which rebirth takes place.  As rebirth is not a nice experience and involves a great deal of unpleasantness, over time an association has been made with this area and 'hell'.  But the two areas in the Egg are not the same and people do not 'go' to hell when they die.  But on death they may well pass through the Fire level as they ascend.

The abyss beyond [remember this is figurative] is used to take away unwanted dross from the process.  This level is thus the reality of purgatory – purgatory is actually at a very high level vibrationally.

The act of destruction and recreation – reconfiguration – that takes place during rebirth is symbolically seen as flames.