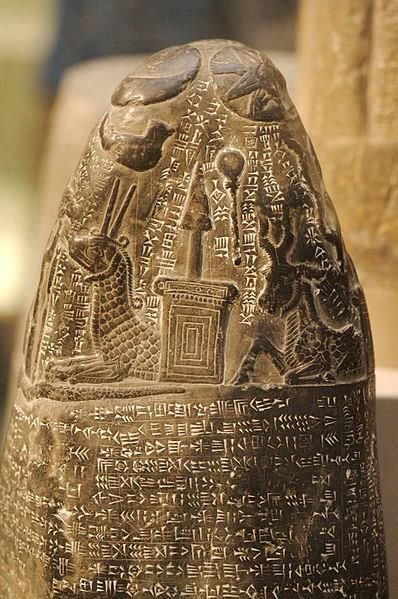 Kudurru was a type of stone document used as boundary stones and as records of land grants to vassals by the Kassites in ancient Babylonia between the 16th and 12th centuries BCE. The word is Akkadian for "frontier" or "boundary" (cf. Hebrew גדר "gader", fence, boundary; Arabic جدر "jadr", جدار "jidar" 'wall'; pl. جدور "judūr"). The kudurrus are the only surviving artworks for the period of Kassite rule in Babylonia with examples kept in the Louvre, the British Museum and the National Museum of Iraq.

The kudurrus recorded the land granted by the king to his vassals as a record of his decision. The original kudurru would be stored in a temple while the person granted the land would be given a clay copy to use as a boundary stone to confirm legal ownership.

The kudurrus would contain symbolic images of the gods who were protecting the contract, the contract itself and the divine curse that would be placed on a person who broke the contract. Some kudurrus also contained an image of the king who granted the land. As they contained a great deal of images as well as a contract, kudurrus were engraved on large slabs of stone. 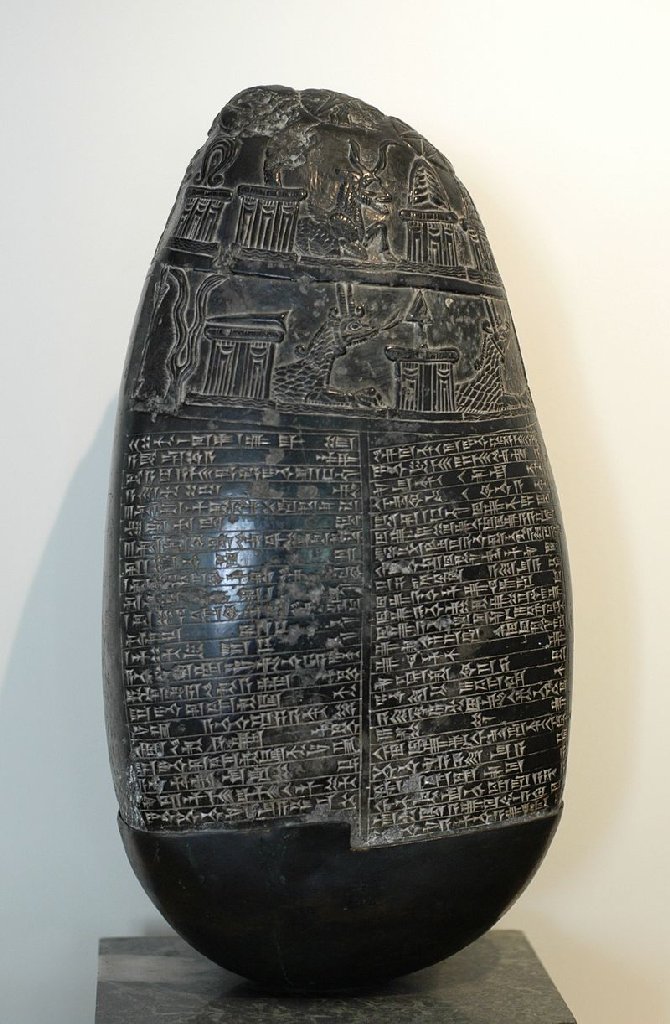