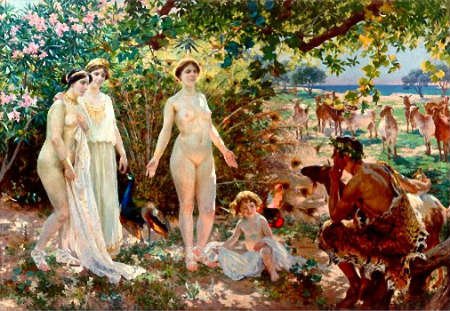 The word ‘god’ without the capital letter is a synonymous term for either an Intelligence or a living person who has, via the Spiritual path, achieved Annihilation.

Internet – Gods and shamans
Pagan religion was "wisdom religion." The Pagan gods who were "gods" were people. They were deified ancestors.
Pagans revered their ancestral gods for their wisdom. In Pagan religion, wisdom was the main characteristic that separated humans from the primates of the forest. They deified those ancestors who were wise because they had contributed most to their rise above the beasts.