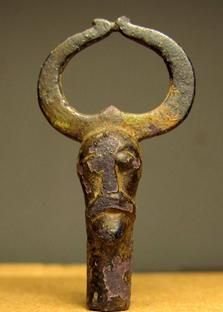 While the gold, silver, jewels and priceless works of art in the Hermitage’s many rooms and galleries are undoubtedly jaw-dropping, the things left behind by Russia’s earliest Scandinavian settlers are at least as affecting, if only because they are on a human scale.

A hoard of iron tools dating from the middle years of the 8th century included all manner of tings and other bits and pieces of a skilled craftsman’s equipment – all in such good condition they were still usable.

The hoard had been buried inside a wooden box, on top of which was a bronze amulet of approximately the same date.

Just a couple of inches long, it was in the form of the head of a bearded man with long, neatly dressed straight hair.  On the top of his head are two curling horns, topped with what are thought to be ravens.

The piece may once have been part of a key, or perhaps the handle of a pointer, but the head is thought to be a depiction of the Norse god Odin.

Many of the artefacts recovered are fascinating, because they reveal it was not just Viking men at Staraya ladoga, but their women and children too.  More than a way station for itinerant merchants, it was home for some of them. 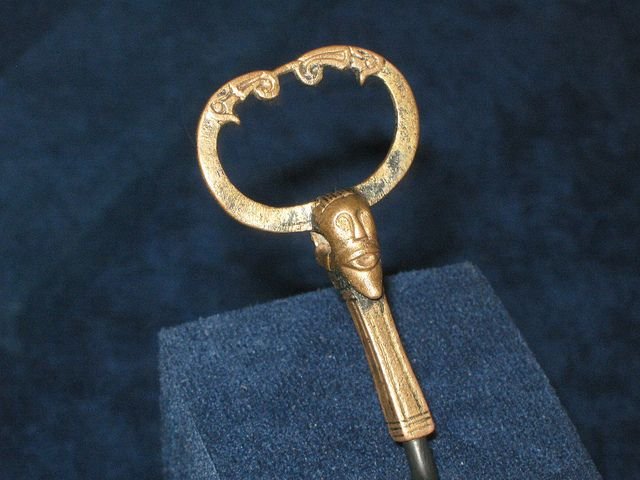