W.Y. Evans-Wentz - The Fairy-Faith in Celtic Countries - On gods 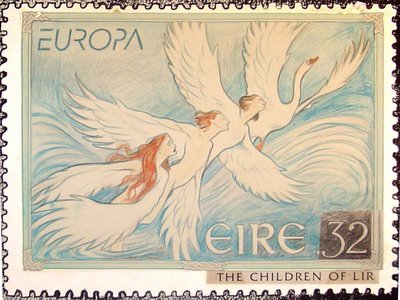 Hence the gods are beings which once were men, and the actual race of men will in time become gods. …To the gods, man is a being in a lower kingdom of evolution.

According to the complete Celtic belief, the gods can and do enter the human world for the specific purposes of teaching men how to advance most rapidly toward the higher kingdom.

In other words, all the Great Teachers, e. g. Jesus, Buddha, Zoroaster, and many others, in different ages and among various races, whose teachings are extant, are, according to a belief yet held by educated and mystical Celts, divine beings who in inconceivably past ages were men but who are now gods, able at will to incarnate into our world, in order to emphasize the need which exists in nature, by virtue of the working of evolutionary laws (to which they themselves are still subject), for man to look forward, and so strive to reach divinity rather than to look backward in evolution and thereby fall into mere animalism.