Angkor Wat is a temple complex at Angkor, Cambodia built for the king Suryavarman II in the early 12th century as his state temple and capital city.

As the best-preserved temple at the site, it is the only one to have remained a significant religious centre since its foundation—first Hindu, dedicated to Vishnu, then Buddhist.

The temple is a wonderful example of  the high classical style of Khmer architecture and is generally much admired for its grandeur and harmony.  It combines two basic plans of Khmer temple architecture: the temple mountain,' a stepped and richly adorned symbol of Lord Visnu the Creator', and the later galleried temple, based on early South Indian architecture, with key features such as the Jagati.

It is designed to represent Mount Meru, home of the devas in Hindu mythology.

Angkor Wat is surrounded by a moat.  It thus combines the two symbolically important elements of ‘water’ and ‘mountain’.

The outer wall is 3.6 kilometres (2.2 mi) long and has three rectangular galleries, each raised above the next. At the centre of the temple stands a quincunx of towers. Unlike most Angkorian temples, Angkor Wat is oriented to the west.   The building is covered with bas-reliefs at every level, again representing both the different deities to be found at each spiritual level but also the numerous devatas (guardian spirits) adorning its walls. 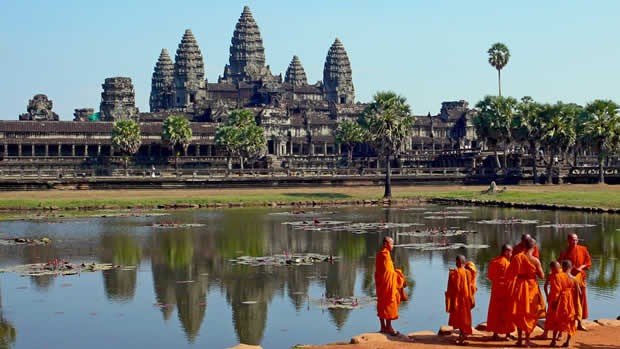 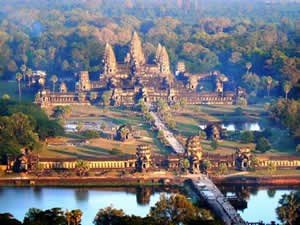 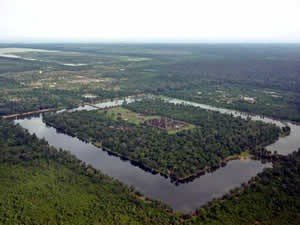 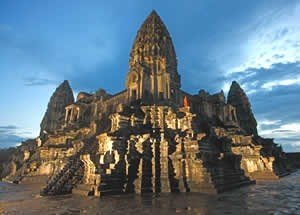 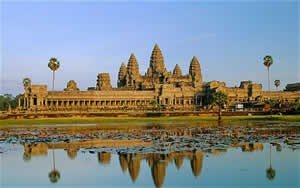