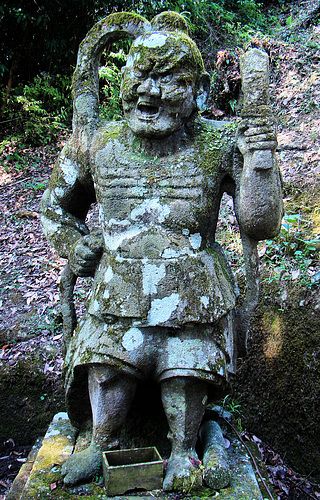 As with all the other sorts of security, the existence of guardians in the spiritual world is celebrated and recognised in our material form based world by physical representations of what has been ‘seen’.  Thus we might find that a statue of a three headed dog is created to show people what the guardian seen in the vision was like.  In an age when people could not read, they were reliant on images and as such painters, sculptors and so on were commissioned to portray these spiritual beings in order that people could understand the spiritual world better. 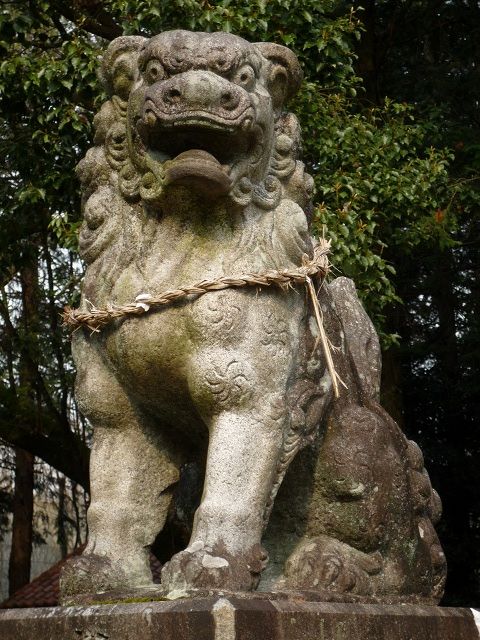 The culture becomes richer and the understanding better, but the images – the stone figures and paintings are not ‘worshipped’ as some would believe – especially if they represent a guardian.  They are simply celebrated.

For example, in the Shinto religion, shrines are locations and institutions which formally mark the presence of a spirit, known in Shinto as a Kami.  Shrines can be huge, spreading across a mountain, as is the case of the Fushinu Inari shrine, or they can be tiny.  Shrines do not have to be buildings, any place is potentially the abode of a kami, trees, rocks and other natural objects may in themselves mark the presence or be the abodes of kami and can therefore serve as shrines without needing buildings.  Mount Miwa near Nara, for example, is regarded as an object of worship in itself.  There are sacred places where the kami reside and which are empowered by them.  Often it is myth or legend which has determined their significance. 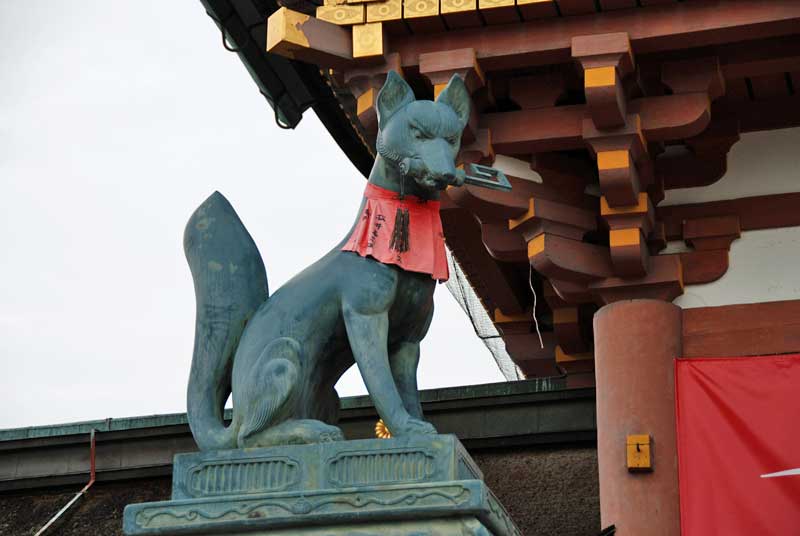 By each shrine, priests and people may place 'guardians'.  These are actual statues depicting the guardians perceived to be protecting the spirit at that point.  They are thus symbolic, but in a sense they are also symbolic of a symbol, as the presence of a fierce animal in visions, for example, is itself a symbol.  Guardians can be dogs, lions usually fierce like komianu or dragons.  Other stylised statues of animals may also be found.

So by looking at the statues and the paintings, we often get a better understanding of what these creatures looked like to a priest under trance or a shaman, than if we read books about them.  I have thus tried to include some example paintings on the website, to show you what the shaman may have ‘seen’.