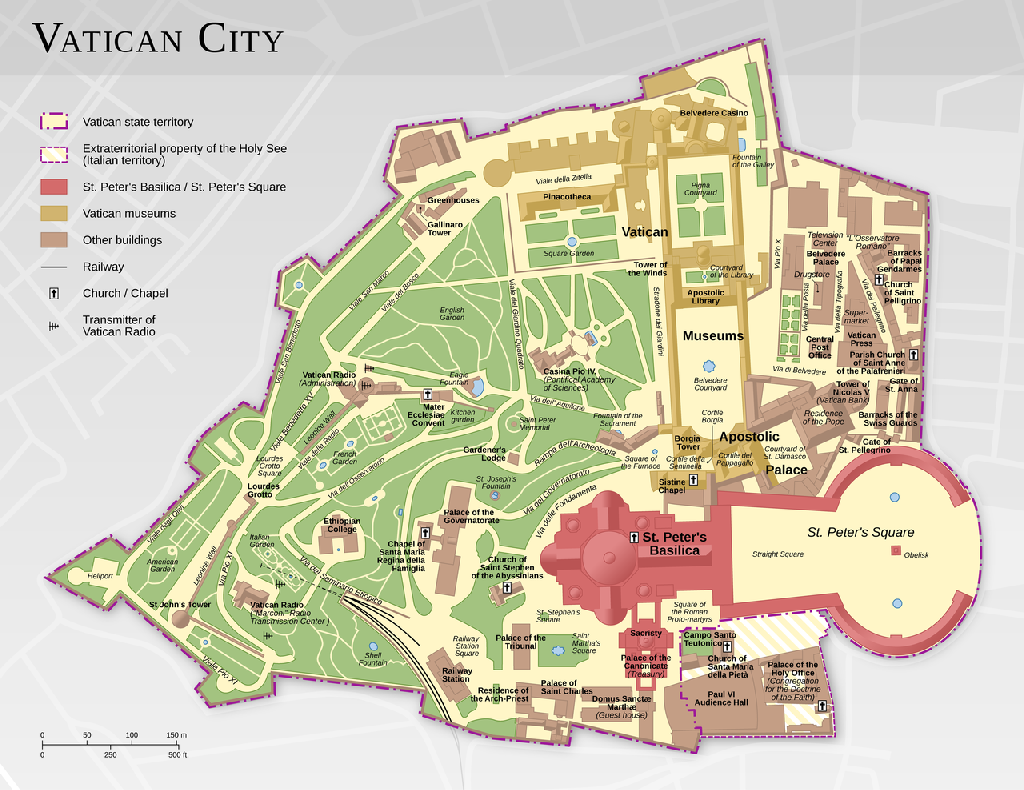 It has an area of approximately 44 hectares (110 acres), and a population of 842, it is the smallest independent city-state in the world by both area and population. It is an ecclesiastical state 'ruled by' the Bishop of Rome – the Pope, where the highest state functionaries are all Catholic clergy of various national origins.

It came into existence in 1929 through the Lateran Treaty between the Holy See and Italy, which spoke of it as a new creation, not as a vestige of the much larger Papal States (756–1870), which had previously encompassed much of central Italy. 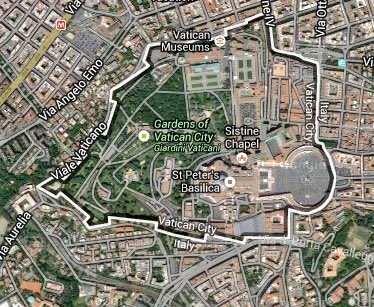 According to the terms of the treaty, the Holy See has "full ownership, exclusive dominion, and sovereign authority and jurisdiction" over the city-state.  The unique economy of the Vatican City is supported financially by the sale of postage stamps and tourist mementos, fees for admission to museums, and the sale of publications.

Right:  Rome has encroached on the Vatican sacred Egg nibbling away the bits to the right of this photo - although the sacred way into the Vatican city is still intact

And the entire area is a complex rich and extraordinary collection of just about every feature of sacred geography.  Thus it is a symbol made up of symbols, which themselves include symbols in a great nested structure of almost Russian doll like complexity.

The entire layout along with almost every feature is a sacred geography symbol, as such it is somewhat impossible within one page to describe every feature.  We have thus provided links to the various individual religious and cultural sites such as St. Peter's Basilica, the Sistine Chapel and the Vatican gardens. Even then we have found it somewhat difficult to do these justice:

The nested structure of Rome’s symbolism

Fields and meadows
Planets, the
Wall