Palaces are exceptionally important parts of the sacred geography of landscape.  Symbolically of course they represent a palace.  Palaces are symbolically Intelligences and thus systems of the universe.  This is why a King has a palace!  The larger the physical palace, the more important he is spiritually.

Do visions use the palaces we already have images of, or are the palaces simply an attempt to construct the palaces seen in dreams?  Here we have an interesting conundrum, because there seems to be no doubt that many  of the palaces in spiritual experiences are simply slightly adapted versions of real palaces.  But there are a few palaces where the symbolism used in the construction leads one to suspect that the owner or the architect was attempting to recreate heaven on earth.

A modest castle by heavenly standards and now, as the name implies, a hotel, the Lake Palace hotel is on an island, surrounded by a large lake and contains a courtyard, with fountains and several plants which have in Indian symbolism considerable significance.  All this leads one to suspect that the Lake Palace is an attempt to recreate something seen in a vision. 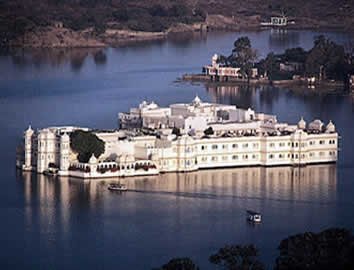 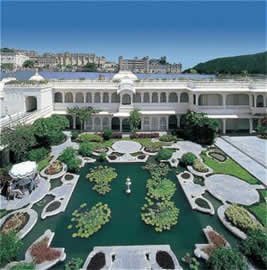 Schloss Neuschwanstein is a 19th-century Gothic Revival palace which lies above the village of Hohenschwangau near Füssen in southwest Bavaria, Germany. Again, it has enough symbolic features to suggest that it was inspired by  - if not a heavenly vision – at least the symbolism associated with other heavenly visions.  It is situated on its own hill overlooking a plain, contains a number of high towers and turrets and is elongated in height – a feature of palaces in visions.

The palace was commissioned by Ludwig II of Bavaria as a retreat and as a homage to Richard Wagner, again Wagner’s interest in all things spiritual suggest it was an attempt at a recreation.  The palace was intended as a personal refuge for the reclusive king, but it is now a very popular tourist attraction.   The palace was used in several films and was the inspiration for Disneyland’s Sleeping Beauty Castle. 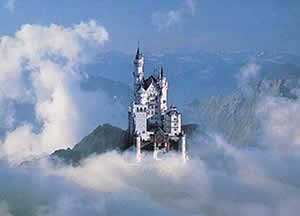 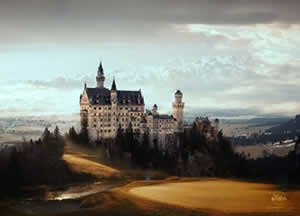 It has been designated a ‘national monument’ and is considered to be one of the more important  expressions of 19th century Romanticism. The palace is also a UNESCO World Heritage Site. It is used for state occasions by the President of the Portuguese Republic and other government officials. 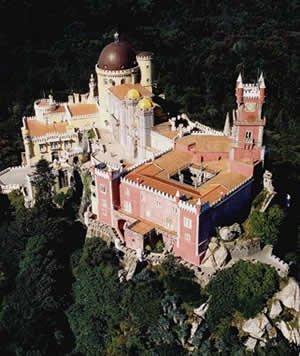 The commission for the Romantic style rebuilding of the original castle was given to Lieutenant-General and mining engineer Baron Wilhelm Ludwig von Eschwege. Eschwege, a German amateur architect.   The construction took place between 1842–1854, although it was almost completed in 1847.

I do not think the palace was inspired by a vision, but its symbolism is unmistakeable.  The palace stands on the top of a hill above the town of Sintra, and on a clear day it can be easily seen from Lisbon and much of its metropolitan area.

There is no water, but it is intended, I think to be a ‘palace in the air’.

As you can see from the photo it has towers and turrets and gardens and steps and terraces.

Among others, the King suggested vault arches, Medieval and Islamic elements be included, and he also designed an ornate window for the main façade.

There are a number of ‘half eggs’ - domes.