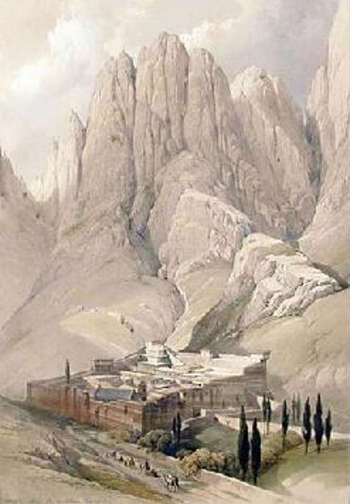 Both camps and enclosures were, from the evidence gathered by Alfred Watkins, sacred sites not defensive strongholds.

Alfred Watkins – The Old Straight Track
The early antiquarians who dragged in what a Roman military commander did in a hostile country and the later topographers who introduced their own idea of where military defences for protection of this or that route or valley should be, have retarded investigation of facts …..... [the structure of the ] enclosure is very weak as a defence from armed attack and rather indicates a peaceful purpose for the ‘camp’

Instead he came to the conclusion that all these sorts of ‘earth’ sites were originally made for peaceful purposes.   He suggested that these sorts of site could be used for ceremonies, fairs or ‘merry making’ and as religious sites, but Watkins also believed [as do many archeologists now], that one of the uses for a number of encampments, stone circles and so on are as part of a large network of observatories, places where various aspects of the planets, stars systems, galaxies,  solar and lunar cycles could be observed.

Alfred Watkins – The Old Straight Track
There is quoted the vernacular phrase ‘mae ye haul dan ei gaerau’ meaning in literal translation ‘exit the Sun below his camps’.  This clearly describes the observer standing in alignment with the setting sun and a hill top camp (caer or gaer) and infers that the camps have also a personal relation to the Sun. …… I commenced this chapter with preconceptions towards sun worship in Britain.  I finish by striking out the word ‘worship’.  It might have been there, but I find no evidence for it in material things …. The material facts indicate gigantic sundials in ceremonial use, but most certainly for utilitarian – that is season fixing - purposes

He may be right, but the Sun has a symbolic meaning and the objective of all Mystery religions is to follow the path to the Sun.