Naqsh-e Rustam (Persian: Naqŝ e Rostam‎‎ "Rustam Relief") is an ancient necropolis located about 12 km northwest of Persepolis, in Fars Province, Iran, with a group of ancient Iranian rock reliefs cut into the cliff, from both the Achaemenid and Sassanid periods. It lies a few hundred meters from Naqsh-e Rajab, with a further group of Sassanid reliefs.

Four tombs belonging to Achaemenid kings are carved out of the rock face at a considerable height above the ground. The tombs are locally known as the Persian crosses, after the shape of the facades of the tombs. The entrance to each tomb is at the center of each cross, which opens onto to a small chamber, where the king lay in a sarcophagus.  One of the tombs is explicitly identified, by an accompanying inscription, as the tomb of Darius I (c. 522-486 BC). The other three tombs are believed to be those of Xerxes I (c. 486-465 BC), Artaxerxes I (c. 465-424 BC), and Darius II (c. 423-404 BC) respectively.

In front of the tombs is the ‘Cube of Zoroaster’, which is not a cube but a tower.  The Ka'ba-ye Zartosht (also transliterated as Kaba-ye Zardusht, Kaba-ye Zardosht, Persian: کعبه زرتشت‎‎), meaning the "Cube of Zoroaster," is a 5th century BCE Achaemenid square tower.

It is a form of ziggurat.  Although historians appear to pour scorn on its use as a Fire Temple, it could have been just that, a temple built specifically to commemorate the kings buried there. 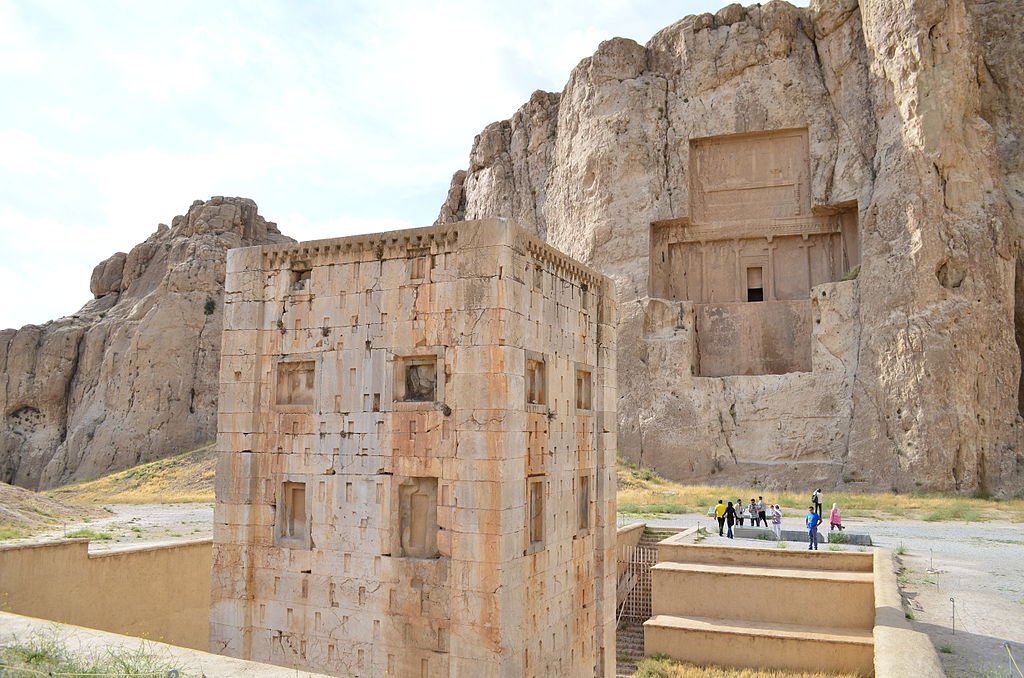 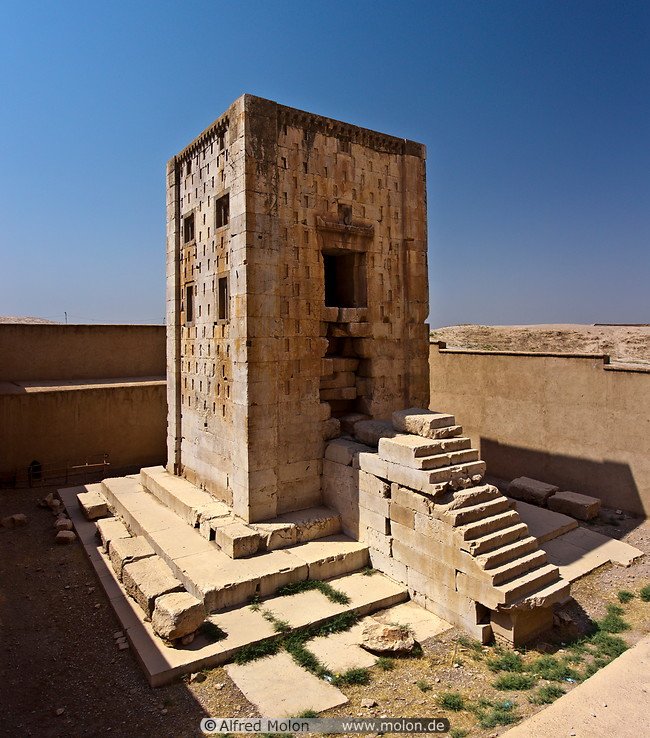