Tower of Babel (left) and Dubai. 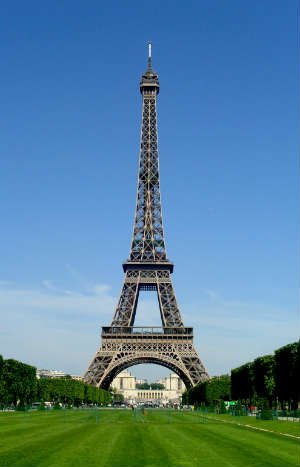 One of the advantages of a constructed symbolic mountain is that many of the ‘features’ of heaven can be built into them.  One feature of the spiritual Tower of Babel, for example,  is that it has levels and layers and in many of the constructions we see stepped levels with successively receding stories leading to a pinnacle or main platform.

The number of levels in the physical structures varies, but they were once multicolored and decorated with symbols of the ‘things’ to be found at each level.  As you wound your way round the levels you were thus presented with the residents of heaven at that level, the minor gods, the major gods or the angels.  At the top you were symbolically at the level of ‘God’.  Few people other than shamans were allowed on these structures for obvious reasons.  The temple at the top in particular was totally out of bounds and it is possible that a temple was built to give the impression of a place shielded from the common eyes.  If temples were placed at the top they were also often painted.  Indigo, a colour symbolic of the highest levels of attainment was used, but so was white - Light.

Ziggurats (from the Akkadian meaning "to build on a raised area") were huge pyramidal temples built in the ancient Mesopotamian valley and western Iranian plateau, having the form of a terraced step pyramid of successively receding stories or levels. Ziggurat designs ranged from simple bases with few stories upon which a platform was built, to structures based on complex mathematics and construction which spanned several terraced stories, topped with a temple.  In essence therefore a ziggurat is another form of pyramid.

These pyramids were symbolic, but their symbolism became extended over time so that the cultures believed that these pyramid temples ‘connected’ heaven and earth. Because of this, they were not places for public worship, and were accessible only to the ‘priests’ in effect the shamans.  Given that some may have been placed over geological fault lines or other geological features that aided trance states, they may have been literally that, in effect serving a double purpose, both a place symbolising a part of heaven - the symbolic dwelling places for ‘the gods’ -  but also a place where it was possible to go into the correct visionary state to go travelling into the spiritual world.  The ziggurat at Babylon, for example, was known as Etemenankia or "House of the Platform between Heaven and Earth".

It is also worth adding that a ziggurat-like building with no known analogs in Europe was erected in 3-2 millennium B.C. in Sardinia near Monte d'Accoddi.

Mircea Eliade – Shamanism Archaic techniques of ecstasy
The ziggurat was properly speaking a Cosmic  mountain, a symbolic image of the cosmos; its seven storeys represented the seven planetary heavens (as at Borsippa) or bore the colours of the world (as at Ur).  The temple of Borobudur, a veritable imago mundi was built in the form of a mountain.  Artificial mountains are attested in India, and are also found among the Mongols and in Southeast Asia.  It seems probable that Mesopotamian influences reached India and the Indian Ocean, although the symbolism of the Centre [mountain, tree, pillar] is an organic part of the most ancient Indian spirituality