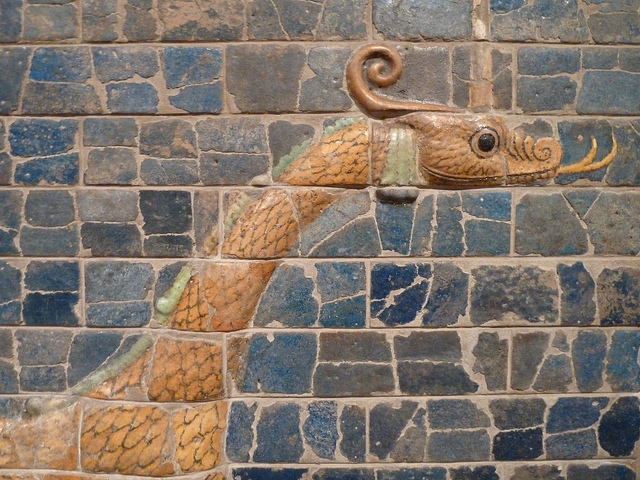 A reconstruction of the Ishtar Gate and Processional Way was built at the Pergamon Museum in Berlin out of material excavated by Robert Koldewey and finished in the 1930s. It includes the inscription plaque. It stands 14 m (46 ft) high and 30 m (100 ft). The excavation ran from 1902 to 1914, and, during that time, 14 m (45 ft) of the foundation of the gate was uncovered.

Claudius James Rich, British resident of Baghdad and a self-taught historian, did personal research on Babylon because it intrigued him. Acting as a scholar and collecting field data, he was determined to discover the wonders to the ancient world. C.J. Rich's topographical records of the ruins in Babylon were the first ever published, in 1815. It was reprinted in England no fewer than three times. C.J. Rich and most other 19th century visitors thought a mound in Babylon was a royal palace, and that was eventually confirmed by Robert Koldewey's excavations, who found two palaces of King Nebuchadnezzar and the Ishtar Gate. Robert Koldewey, a successful German excavator, had done previous work for the Royal Museum of Berlin, with his excavations at Surghul (Ancient Nina) and Al-hiba (ancient Lagash) in 1887. Koldewey's part in Babylon's excavation began in 1899.

Despite the destructive nature of the archaeology used, the recording of data was immensely more thorough than in previous Mesopotamian excavations. Walter Andre, one of Koldewey's many assistants, was an architect and a draftsman, the first at Babylon. His contribution was documentation and reconstruction of Babylon. A small museum was built at the site and Andre was the museums first director.

One of most complex and impressive architectural reconstructions in the history of archaeology, was the rebuilding of Babylon's Ishtar gate and processional way in Berlin. Hundreds of crates of glaze brick fragments were carefully desalinated and then pieced together. Fragments were combined with new bricks baked in a specially designed kiln to re-create the correct color and finish. It was a double gate; the part that is shown in the Pergamon Museum today is the smaller, frontal part. The larger, back part was considered too large to fit into the constraints of the structure of the museum; it is in storage. 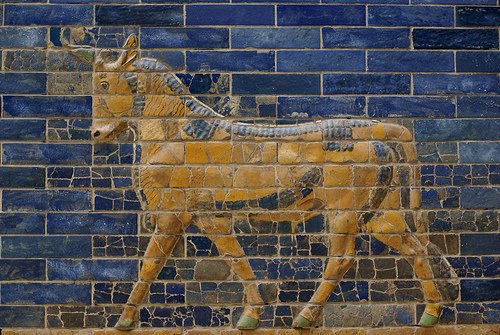 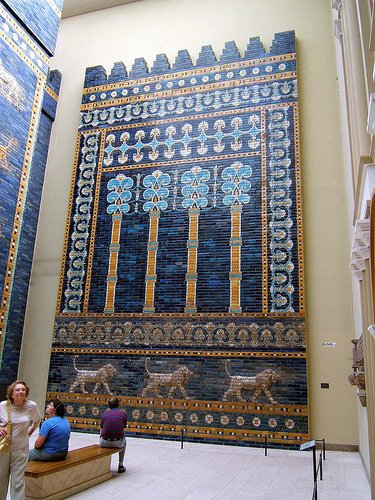 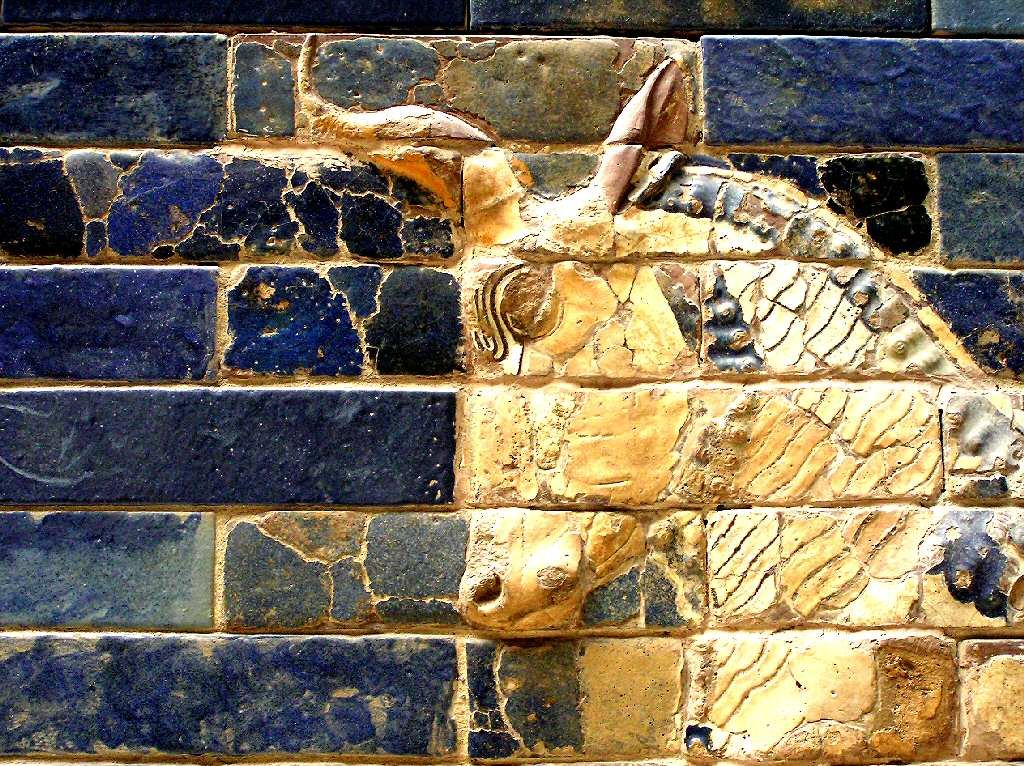