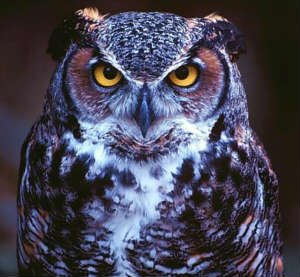 One of the perhaps hugely confusing aspects about the spiritual plane is that different spiritual systems have named each Intelligence in the Intelligence Hierarchy differently.

There are actually only a limited number of higher Intelligences in the spirit world, but they have hundreds of names.  There are thousands and thousands of lower Intelligences simply because each one has to correspond with a species or a sub-system of the universe, but at higher levels – the realms of very very high functionality, there are not that many.

There are not male and female Intelligences, they are, as it were, dual sexed [though this is meaningless in this context], but in order to name the Intelligences they were often given a male and a female persona and name which make it even more confusing.  It is worth noting that the Greeks, Hindus, Babylonians, Egyptians, Australian Aborigines, Siberians all have or had ‘gods’ and were quite right when they said that powerful beings that were the ‘gods’ of each species or ‘class’ or ‘entity’ created the universe.

The problem with saying this is that the spiritual realm became for them a morass of Spirit Entities with no clear pattern of correspondences.  Which is why the Jews said ‘Enough – there is only one God’– and made things a lot simpler [though perhaps less comprehensive] for people.

It is worth emphasising I think that the physical planets were named after the Intelligences. We are still naming stars and planets, moons and suns with the names of mythological characters, so the process continues.  We have to think of each 'planet' name as a storage level rather than as a physical form.....

Alphonse Toussenel – L’Esprit des Betes
Analogy had proclaimed the telescopic planets before the invention of the telescope, and the planet Leverrier [now Neptune] before the birth of the astronomer

Many people trying to explain this refer to these symbolic planets as ‘spheres’ rather than planets because it makes it clear there is a difference. I supposed we could imagine them to be like  computer packages which group the functions.

In the 1600s Angelo Berardi attempted to draw up a table showing the synonyms.  He  used the work of the Kabbalists as well as Francesco Giorgi and produced a synthesis of others' work.  The following was the result [I have added some extras using Cirlot and Wikipedia].  I have no idea whether it is right or wrong, but it should help to show the problems faced when dealing with this area.  There are only one set of  Intelligences shared by us all, but they have a lot of names!

* Although Berardi favours Brhaspati, most of the evidence seems to point to Indra as being the more obvious choice for this correspondence, as he is a god of thunder as is Zeus and the Nordic god Thor [not shown]

One of the abiding expressions we use even today is that of ‘being in seventh heaven’.  So where is seventh heaven?  The seven heavens correspond to the planets, Saturn being the seventh heaven and the Moon being the first heaven.  The different nomenclature was used within Judeo, Islamic and Christian cosmology to avoid the use of the Greek names – which were regarded as being ‘pagan’.  The levels are, however, identical.

Apart from this known naming, the following tables may be incorrect for which I apologise, but no sources seem to agree on the correspondences here

According to Jewish teachings in the Talmud, the names of the seven heavens are as shown below:

The name of the seven heavens in Islam, derived from a Hadith from Ali,  are as shown below.

For the ext table, there is again no agreement on these names, one source can contradict other sources, so it may be better to view the names as a list of synonymous names.

The foundations of the wall of the city were adorned with every kind of jewel.  The first was jasper, the second sapphire, the third agate, the fourth emerald, the 5th onyx, the 6th carnelian, the 7th chrysolate, the 8th beryl, the 9th topaz, the 10th chrysoprase, the 11th jainth, the 12th amethyst.

The Ultimate origin of the names

Louis Jacolliot made a study into the Sanskrit names for various Hindu deities of extremely ancient times and believed that the origins of all the Intelligence names, plus a great many others found in legend and myth, could be found in Sanskrit.  He surmised that it is a possibility that most of fables, myths and even Biblical stories have their ultimate origin in India.  This table is derived from his book ‘The Bible in India’.

The implications of this of course, are that ultimately, all the understanding of the Intelligences and their hierarchy and functions, and the myths and fables that were built up to demonstrate the characteristics of each, can be traced back literally thousands and thousands of years to the ancient Vedas, and possibly the civilisation and mystic system that was found in the Indus valley – Shaivism.