Zosimos of Panopolis - The Letter Omega - 07 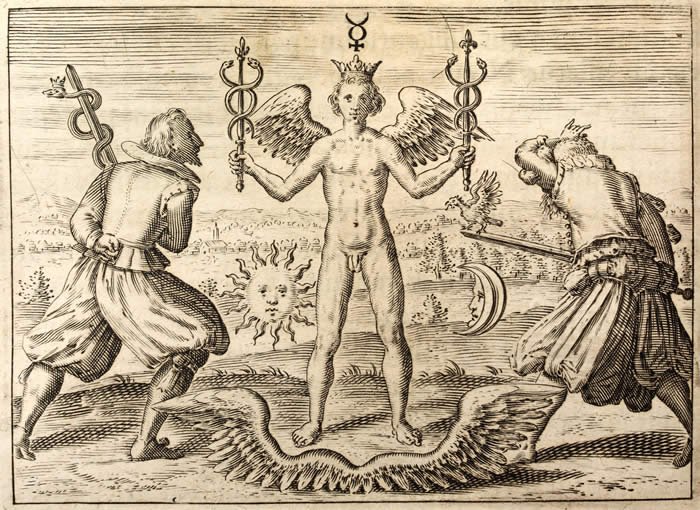 Now Zoroaster boastfully affirms that by the knowledge of all things supernal and by the Magian science of the efficacious use of corporeal speech one averts all the evils of Fate, both those of individual and those of universal application.

Hermes, however, in his book On the Inner Life condemns even the Magian science, saying that the spiritual man, one who has come to know himself, need not rectify anything through the use of magic, not even if it is considered a good thing, nor must he use force upon Necessity, but rather allow Necessity to work in accordance with her own nature and decree.

He must proceed through that one search to understand himself, and, when he has come to know God, he must hold fast to the ineffable triad and leave Fate to work what she will upon the clay that belongs to her, that is, the body.

And with this way of thinking and of regulating one's life, he says, you will see the Son of God become everything for the sake of holy souls, to draw her up out of the realm of Fate into the realm of the incorporeal.

See him become everything!  God, messenger, passible man, for, being capable of everything, he becomes everything he so wills and obeys the Father by pervading every body.

He enlightens the mind of each soul and spurs it on up to the realm of bliss, where it was even before it was born into corporeality, following after him, and filled with yearning by him, and guided by him into that Light.

Fate
Intelligences and their synonyms
Light