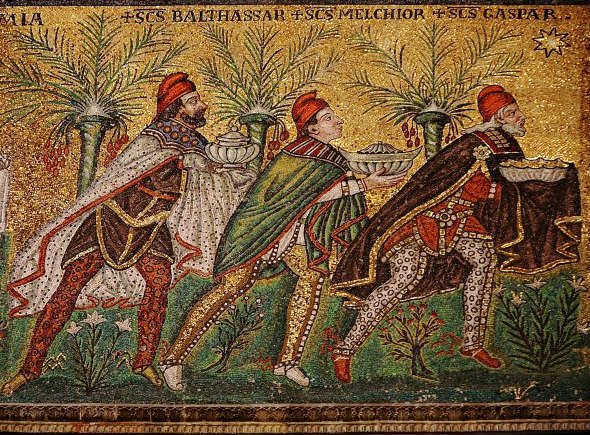 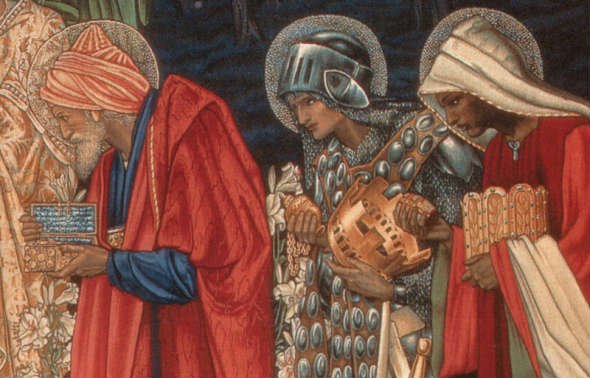 Wikipedia
Magi (Latin plural of magus, ancient Greek magos(μάγος), Persian "مغ", English singular 'magician', 'mage', 'magus', 'magusian', 'magusaean') is a term, used since at least the 4th century BCE, to denote a follower of Zoroaster, or rather, a follower of what the Hellenistic world associated Zoroaster with, which was – in the main – the ability to read the stars, and manipulate the fate that the stars foretold. The meaning prior to Hellenistic period is uncertain.
Pervasive throughout the Eastern Mediterranean and Western Asia until late antiquity and beyond, Greek mágos "magian"/Magician was influenced by (and eventually displaced) Greek goēs(γόης), the older word for a practitioner of magic, to include astrology, alchemy and other forms of esoteric knowledge. This association was in turn the product of the Hellenistic fascination for (Pseudo-)Zoroaster, who was perceived by the Greeks to be the "Chaldean" "founder" of the Magi and "inventor" of both astrology and magic. Among the skeptical thinkers of the period, the term 'magician' acquired a negative connotation and was associated with tricksters and conjurers.

or even jugglers and jesters and harlequins.........