We three kings of Orient are

The link takes ou to the youtibe video and a slideshow of the song sung by Jennifer Avalon, accompanied by the lyrics (in English). John Hopkins,was then an ordained deacon in the Episcopal Church, who was instrumental in organizing an elaborate holiday pageant (which featured this song) for the students of the General Theological Seminary in New York City while serving as the seminary's music director. In 1872, Hopkins was ordained an Episcopal priest and later served as rector at Christ Episcopal Church, Williamsport, Pennsylvania.

We three kings of Orient are;
Bearing gifts we traverse afar,
Field and fountain, moor and mountain,
Following yonder star. 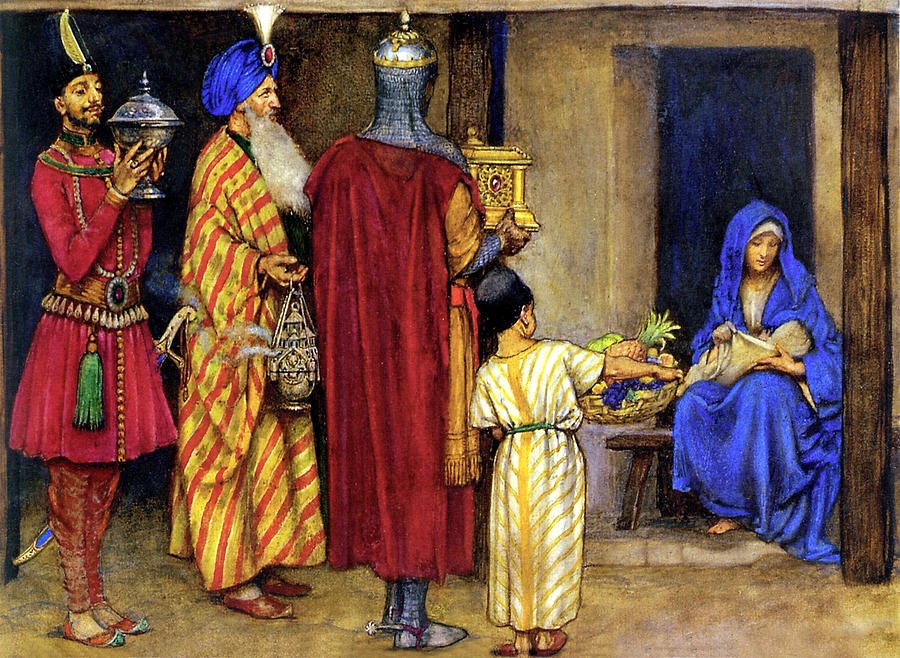