The text on these aerial photos says this was a 'fortress', but it was also added at a time when little about the use of these sites was known.  We have added the photos, as they provide an interesting point for discussion. 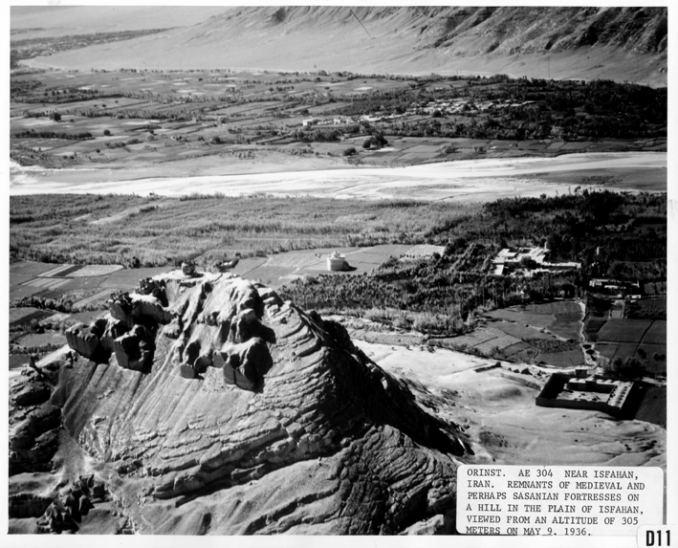 Now the Persians do not erect statues or altars, but offer sacrifice on a high place, regarding the heavens as Zeus [Ahura-Mazda]; and they also worship Helios [the Sun], who they call Mithras, and Selene [Anahita or the Moon] ….., and fire and earth and winds and water; and with earnest prayer they offer sacrifice in a purified place, presenting the victim crowned, and when the Magus, who directs the sacrifice, has divided the meat the people go away with their shares,...; but still, according to some writers, they place a small portion of the caul upon the fire. 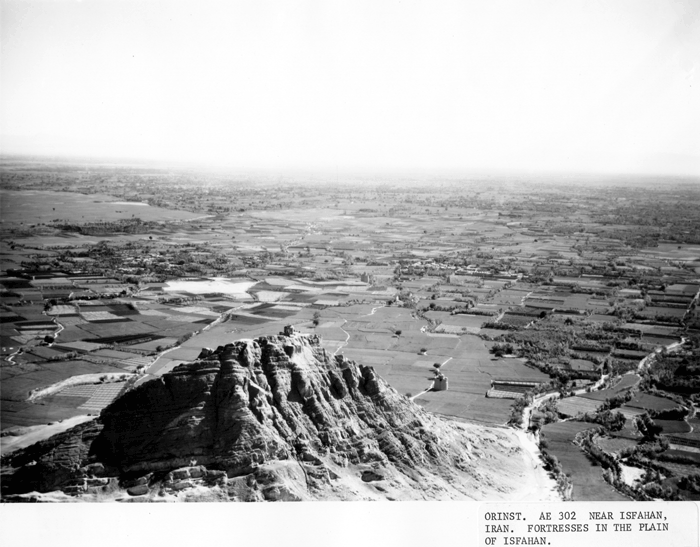