The worship of the stars was the result of their opinion that the creator had designated a second cause which was to look after the preservation of each kind of thing. in accordance with this belief, they thought that there was a patron in heaven for each of the animals and birds that provided for their preservation and increase.

This function was attributed to several constellations of stars. And they thought that all of these patrons came from that group of small stars commonly known as the Pleiades, which these Indians called Collca, and the power that conserved the animals and birds flowed from this group of stars.

For this reason it was called "mother," and it was universally considered to be a major guaca by all of the ayllos and families. They were all familiar with it, and those Indians who were informed about such matters kept better track of its course all year long than that of any of the other stars.

The rest of the stars were worshiped only by those who considered that they had need of them, according to the functions that they attributed to them, and they were the only ones who were familiar with them, kept track of them, and made offerings to them… 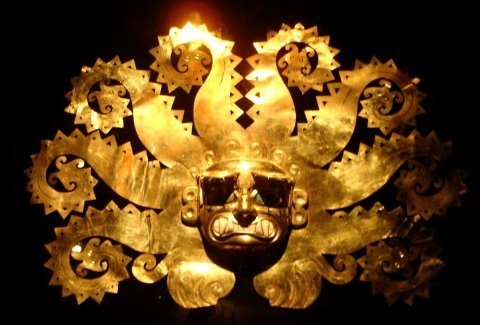 …They identified a star in the sky for every species of animal, and for this reason they worshiped many stars, had names for them, and made sacrifices to them. Here are the names of some of the other stars: Topatoraca, Chacana, Mirco, Mamana, Miquiquiray, Quiantopa, and others. In fact, they had names for all the stars of the first magnitude, the morning and evening star [Venus] and the most noteworthy signs and planets.