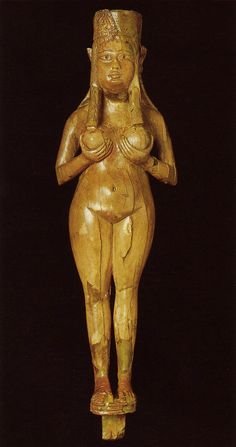 All the indications point to the existence of High priestesses in the Mesopotamian system much as they existed in the Greek, Egyptian, and Roman Mystery religions and of course the Hindu and other eastern systems.

The little figure here has twin horns, an indication that she is a High priestess.  She also has staring and bulging eyes - a symbol of spiritual experience, made more stunning by the fact they are red.  We have added the colour red to the symbol list, but red is the symbol for Fire and it was not normally the High priestesses who officiated over rebirth, thus this is an interesting area, they may have had multiple roles.

The High Priestesses were normally the teachers who officiated over the sexual path and a number of little statues have been found that appear to show this method of attaining enlightenment.

The figure below is described in museum literature as a "Babylonian alabaster statue of Ishtar the goddess of love dating from 350 BC".  Ishtar was synonymous with Venus - see the synonym table for Intelligences.  This means the priestess was of the cult of Venus/Ishtar. 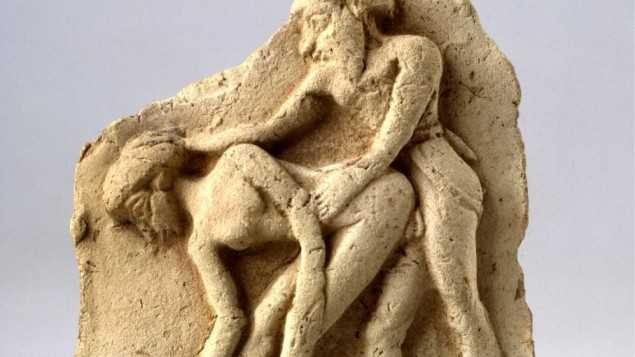 Intelligences and their synonyms
Staring and bulging eyes 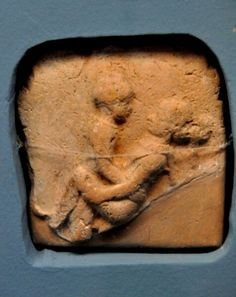