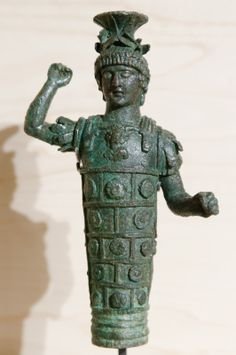 Adad or Hadad (Ugaritic Haddu), Adad (Akkadian) or Iškur (Sumerian) was the 'storm and rain god' in the Northwest Semitic and ancient Mesopotamian religions.  Hadad was equated with the Indo-European Nasite Hittite storm-god Teshub; the Egyptian god Set; the Rigvedic god Indra; the Greek god Zeus; and the Roman god Jupiter.

It was attested in Ebla as "Hadda" in c. 2500 BC. From the Levant, Hadad was introduced to Mesopotamia by the Amorites, where it became known as the Akkadian (Assyrian-Babylonian) god Adad. [Adad and Iškur are usually written with the logogram dIM]. Hadad was also called "Pidar", "Rapiu", "Baal-Zephon", or often simply Baʿal (Lord), but this title was also used for other gods. The bull was the symbolic animal of Hadad. He appeared bearded, often holding a club and thunderbolt while wearing a bull-horned headdress.

Šala [pronounced Shala] was an ancient Sumerian goddess of grain and the emotion of compassion. The symbols of grain and compassion combine to reflect the importance of agriculture in the mythology of Sumer, and the belief that an abundant harvest was an act of compassion from the Gods. Traditions identify Shala as wife of the storm god Adad also called Ishkur.

A comparison with the two statues below – one showing Jupiter and the other Hadad shows the similarity of iconography.  Conquering a bull is equivalent to managing to conquer one’s animal instincts – if you are a man, thus being able to control sexual energy and especially to channel it productively in spiritual experience 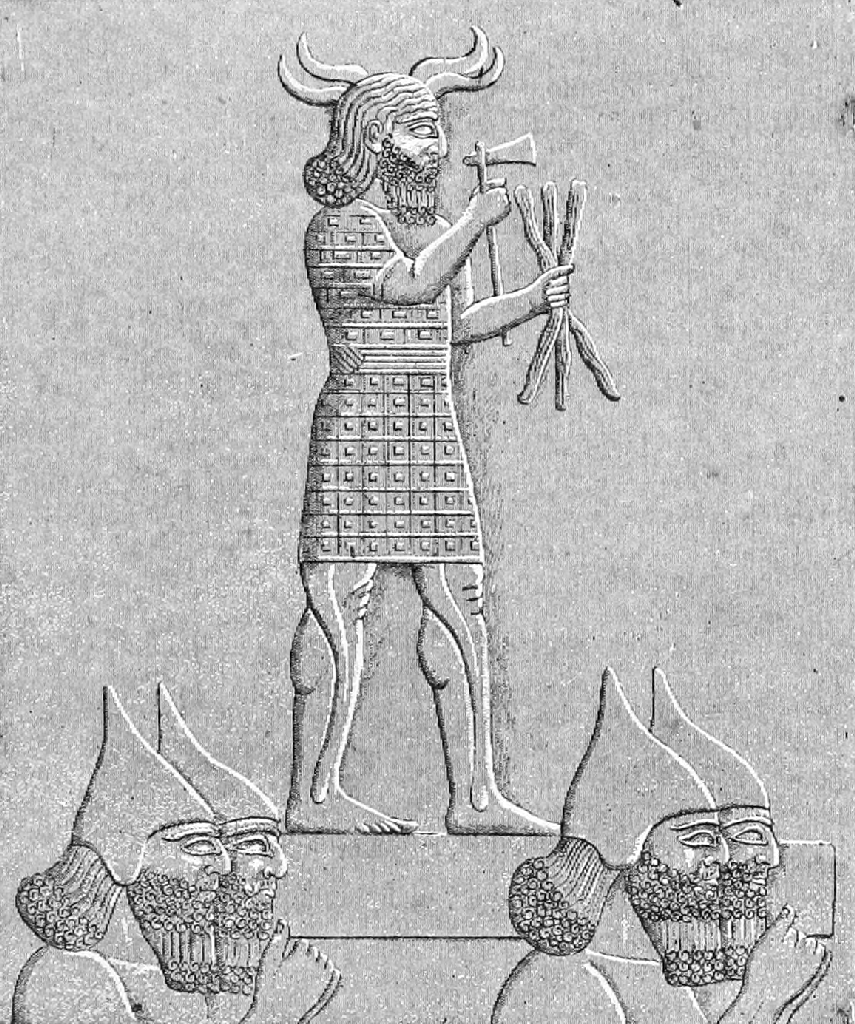 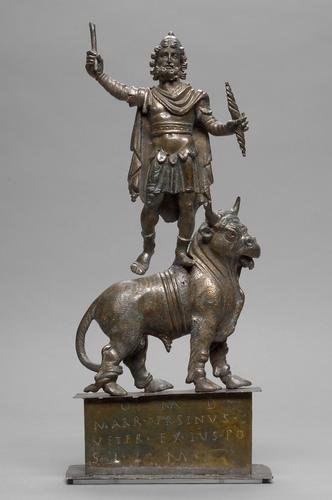