Hourglass and the spiritual path

Within the Egg, each physical thing is allocated a cone of Spirit that contains their functions – their implemented copy of the software. Each implemented  cone touches at its apex with the cone of the Creator and Creation. We see this symbolically in the  Hourglass.  The  Spiritual path is symbolically represented as an ascent up the Levels and Layers of this soul cone.  If we are Dante, we ascend our Mountain in a gradually spiralling path. 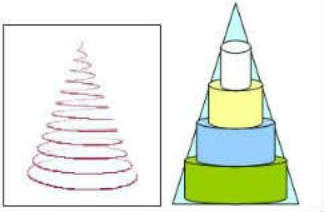 In effect, whenever  the spiritual path is described it is often described as a rather slow painful ascent up this cone. At the top you reach the level of the heavens in the Aether layer and are hopefully accompanied up into the heavens [as Dante was] past the symbolic planets [see Egg Map]  and to the Stars, by your Higher Spirit [as Dante was by Beatrice – Beatrice was his Higher Spirit] who takes you back to your Creator.

When you die, this is also the path taken, up through the levels, where unwanted function is discarded and back to the created section, where a new incarnation can be planned.  In the end all that survives on death is your Higher spirit and perceptions.

Death or the achievement of the end point in the mystic’s spiritual path results in the Higher spirit performing a sort of double gyre.  It ascends through the levels to reach the apex of its own soul cone and then descends [or if you prefer ascends further] to whatever level in the Created section cone that it has been allocated. 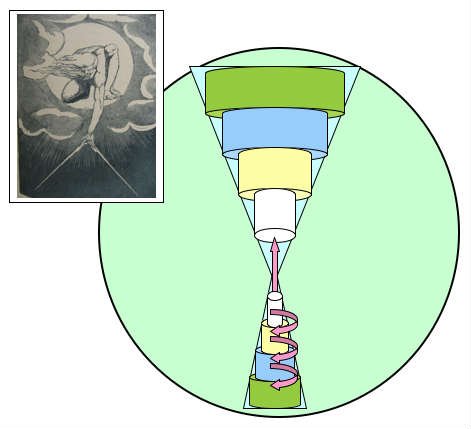