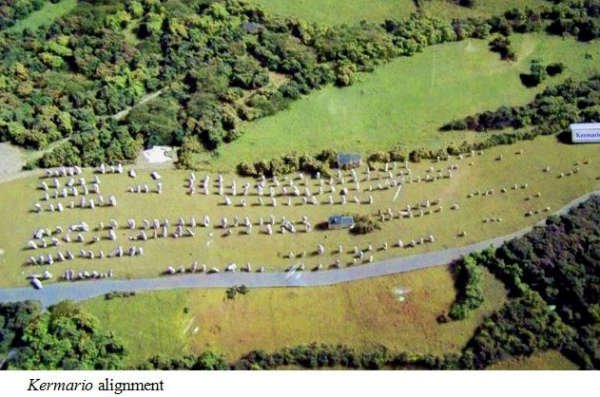 Cursus are ley lines that have been marked using standing stones, marked stones or banks.  There are overlaps between cursus and hollow roads.

Cursus (plural 'cursūs' or 'cursuses') was a name given by early British archaeologists such as William Stukeley to the large parallel lengths of banks with external ditches which they thought were early Roman athletic courses, hence the Latin name cursus, meaning "course".

Cursus monuments are now understood to be Neolithic structures and represent some of the oldest prehistoric monumental structures of the British Isles.  They range in length from 50 metres to almost 10 kilometres and the distance between the parallel earthworks can be up to 100 metres. Banks at the terminal ends enclose the cursus.

Contemporary internal features are rare. They also appear to ignore difficulties in terrain. The Dorset Cursus the longest known example, crosses a river and three valleys along its course across Cranborne Chase.

Examples include the four cursus at Rudston in Yorkshire, that at Fornham All Saints in Suffolk, the Cleaven Dyke in Perthshire and the Dorset cursus mentioned above. A notable example is the Stonehenge Cursus, within sight of the more famous stone circle, on land belonging to The National Trust's Stonehenge Landscape.  There are, however, numerous other examples.

These too appear to be spiritual pathways, but it is possible that they were marked by wooden columns which have since disappeared.

Numerous other countries also have the equivalent of the marked stone ways of the UK.  In Germany, for example, they are called ‘Steinweg’ – stone ways.  In the Netherlands they are called Spokenwegen [spook roads] or Dood wegen [death roads] and may or may not be lined with stones.

Garmsar is a city in the Semnan province of Iran, located about 82km southeast of Tehran. It lies on the edge of Dasht-e Kavir, Iran's largest desert.  One of the big tourist attractions in the area is the  The Stone Way.

The Carnac stones are an exceptionally dense collection of megalithic sites around the French village of Carnac, in Brittany, consisting of alignments [spiritual pathway markers], dolmens and  tumuli [tunnels to the underworld]  and single menhirs [portals].

The more than 3,000 prehistoric standing stones were hewn from local rock and erected by the pre-Celtic people of Brittany, and are the largest such collection in the world.  Most of the stones are within the Breton village of Carnac, but some to the east are within La Trinité-sur-Mer. The stones were erected at some stage during the Neolithic period, probably around 3300 BC, but some may date to as old as 4500 BC.