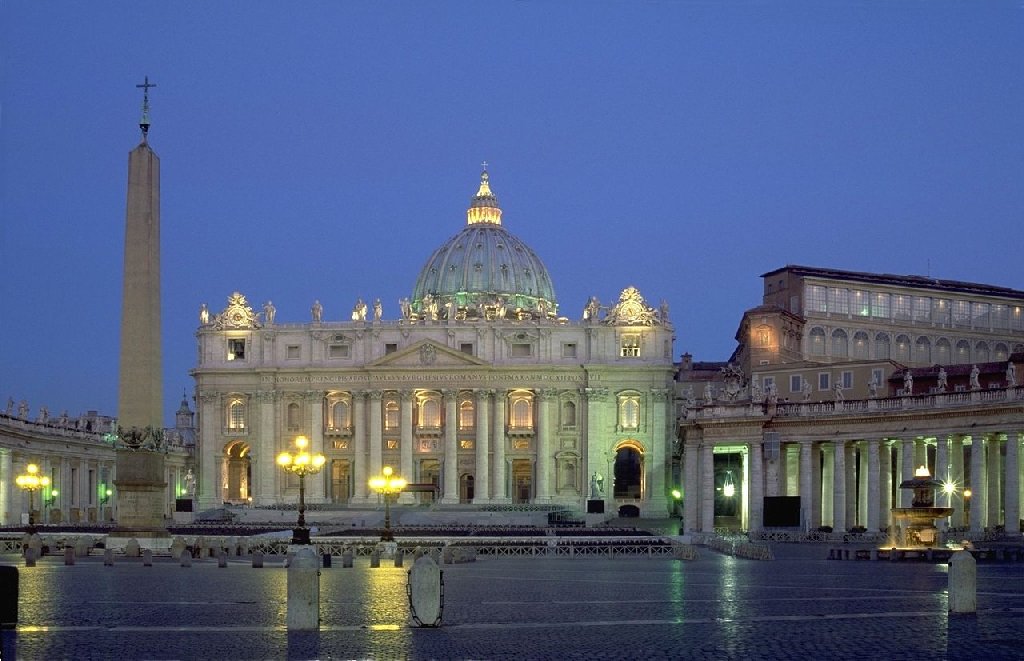 The Papal Basilica of St. Peter in the Vatican (Italian: Basilica Papale di San Pietro in Vaticano), or simply St. Peter's Basilica (Latin: Basilica Sancti Petri), is an Italian Renaissance church in Vatican City, the papal enclave within the city of Rome.

Designed principally by Donato Bramante, Michelangelo, Carlo Maderno and Gian Lorenzo Bernini, St. Peter's is one of the largest churches in the world.  It is named after Saint Peter, one of Christ's Apostles. There has been a church on this site since the time of the Roman Emperor Constantine the Great. Construction of the present basilica, which would replace Old St. Peter's Basilica from the 4th century AD, began on 18 April 1506 and was completed on 18 November 1626. 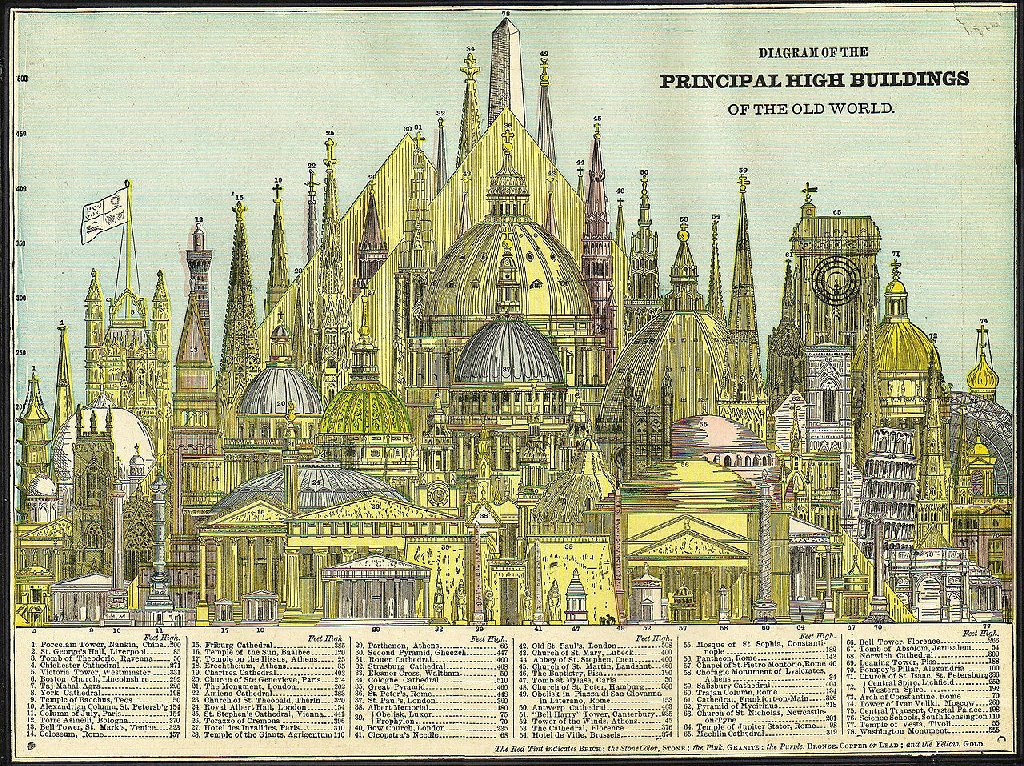 Although an approximate cross is incorporated in the Basilica, symbolically, St Peter’s is better regarded as a Pyramid.  As a matter of considerable interest it is also not dissimilar in height to the Egyptian pyramids.  Sacred architecture is very similar throughout the world and we find the pyramid and porch shape employed in St Peter’s as far away as Southern India and in the temples of Shaivism. 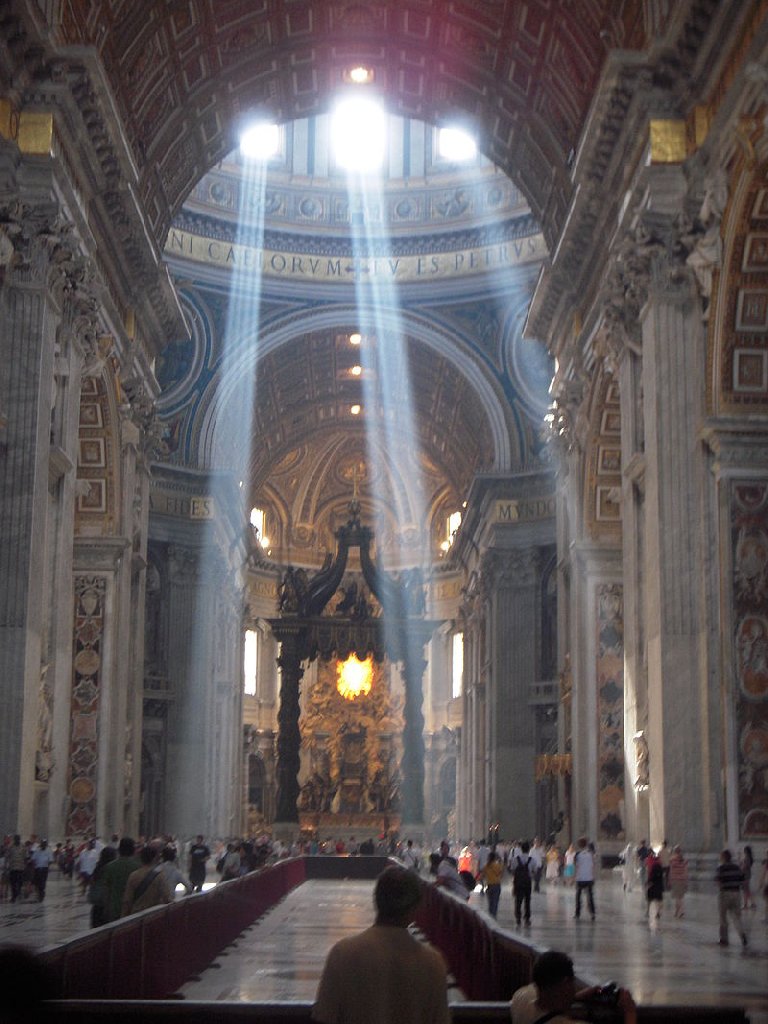 The spiritual meaning is that embodied in 3D mandalas and the idea of the cosmic egg. At the centre is the Ultimate Intelligence. All Intelligences are represented by mountains, as such the dome of St Peter’s is a ‘cosmic mountain’ symbolically with all its levels and layers.  The ‘mountain’ is then symbolically equivalent to a pyramid.

The aisle and entryway

The entry way into the Basilica and thus the aisle is a form of bridge – the bridge from the mundane world to the spiritual world – a symbolic ‘tunnel’.  At the level one enters one has entered a ‘hollow mountain’.

The use of the egg shaped dome is deliberate.  A drawing by Michelangelo indicates that his early intentions were towards an ovoid dome, rather than a hemispherical one.  Michelangelo redesigned the dome in 1547, taking into account all that had gone before. His dome, like that of Florence, is constructed of two shells of brick, the outer one having 16 stone ribs.  The dome is ovoid in shape, rising steeply and therefore exerting less outward thrust than does a hemispherical dome, such as that of the Pantheon, which, although it is not buttressed, is countered by the downward thrust of heavy masonry which extends above the circling wall.  It has the same esoteric symbolism in essence as the Lingum and yoni in Shaivism. 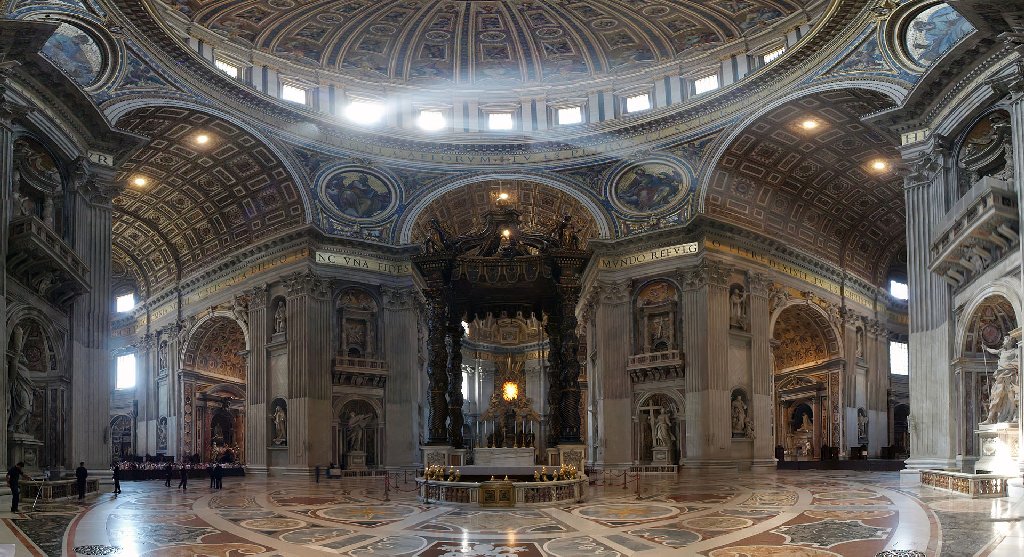 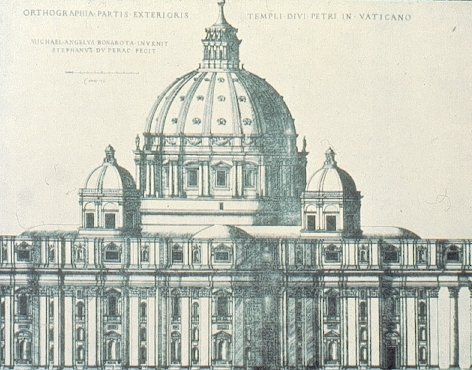 The façade of today was not the one intended by its original architects.  Michelangelo left a few drawings, including an early drawing of the dome, and some drawings of details. There were also detailed engravings published in 1569 by Stefan du Pérac who claimed that they were the master's final solution.

Right:  Michelangelo - a much smaller facade and visible twin towers.  This engraving by Stefan du Pérac was published in 1569, five years after the death of Michelangelo

Michelangelo, like Sangallo before him, also left a large wooden model. Giacomo della Porta subsequently altered this model in several ways, in keeping with changes that he made to the design.

The intention appears to have been to make it much smaller than it is today and far less imposing.  By doing this the dome would have been more in evidence – which is the central feature one is wishing to emphasise and in addition the two twin towers would also have been very prominent.

Twin towers are an essential part of the geography of sacred architecture and very sadly, the twin towers of St Peter’s are all but invisible. 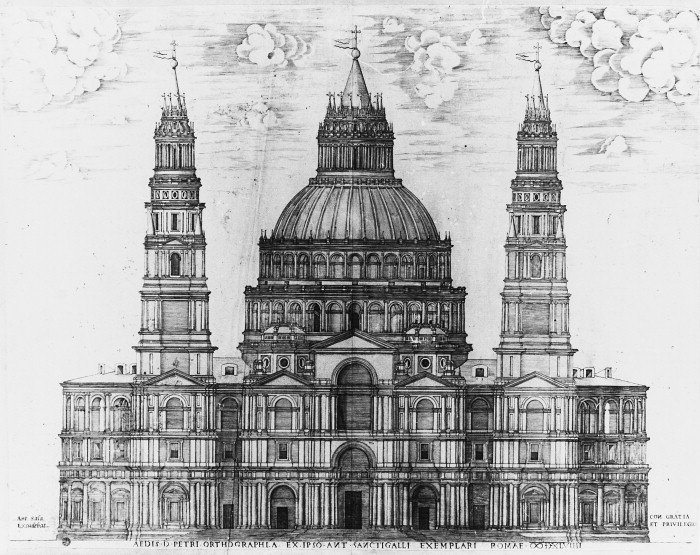 Sangallo’s design survives, and it can be seen that he not only incorporates very prominent twin towers, but also incorporates the symbolism of the levels and layers – 5 levels and layers with a spire.  Symbolically his design would have been closer to a sacred idea, however, aesthetically it was clearly not to the then Pope’s liking.

Left:  Sangallo's design with very prominent twin towers and a clear view of the levels and layers 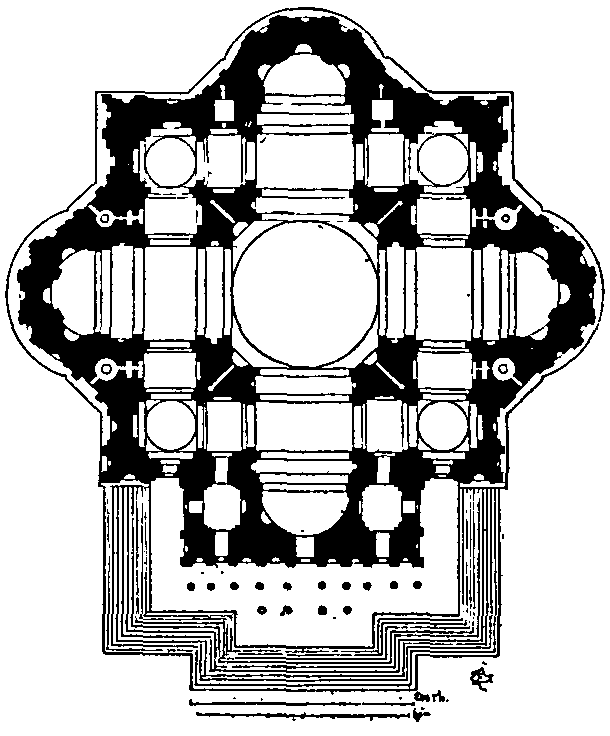 I am afraid that however grand the façade appears to be, it does not conform in any way to sacred architecture.  And the reason is that it appears to have been designed by a committee.

In 1607 a committee of ten architects was called together, and a decision was made to extend Michelangelo's building into a nave with Maderno's plans for both the nave and the facade being accepted. The building began on 7 May 1607, and proceeded at a great rate, with an army of 700 labourers being employed.

The following year, the façade was begun, in December 1614 the final touches were added to the stucco decoration of the vault and early in 1615 the partition wall between the two sections was pulled down. All the rubble was carted away, and the nave was ready for use by Palm Sunday.

The facade designed by Maderno, is 114.69 metres (376.3 ft) wide and 45.55 metres (149.4 ft) high and is built of travertine stone, with a giant order of Corinthian columns and a central pediment rising in front of a tall attic surmounted by thirteen statues.

It completely hides all that is sacred behind. Ego crushes the spiritual – what an apt symbolism.

Map of the Egg
Ultimate Intelligence