Artificial hills take on the symbolism of the Hill, of course, but being artificial many more features can be incorporated to make the physical landscape a reflection of the spiritual landscape.

Artificial hills can take a number of forms.  They can be artificially raised hills, or they can be buildings that look like hills.

The sides may be smooth or they may be stepped.  The stepped structure in most cases represents the ‘levels and layers’ of the spiritual world, [in some cases the stepped structure is simply a result of the building techniques and has no symbolic significance].  In many of the constructions we see stepped levels with successively receding stories leading to a pinnacle or main platform – the symbolic Higher spirit. The number of levels vary depending on which level and layer it was believed that ‘god’ resided.

The most useful indicators of the symbolic significance of a building or hill are:

The following examples provide a very small but hopefully interesting cross section of the various types showing that the symbolism was world wide.

Silbury Hill is a man-made chalk mound near Avebury in the English county of Wiltshire.  It is part of the complex of Neolithic monuments around Avebury (which includes the Avebury ring and West Kennet Long Barrow). Silbury Hill was built about 4,750 years ago.

Silbury is the tallest prehistoric man-made mound in Europe and one of the world's largest. Composed mainly of chalk and clay excavated from the surrounding area, the mound stands 40 metres (130 ft) high and covers about 5 acres (0.020 km2). The base of the hill is circular and 167 metres (550 ft) in diameter. The summit is flat-topped and 30 metres (98 ft) in diameter.

In 1968-70 professor Richard J. C. Atkinson undertook careful excavation of Silbury. He believes that the hill was constructed in steps, but that each tier was then filled in with packed chalk, and it has weathered into a slope. Others, however, believe there to be a spiral path climbing to the top.  A ditch once surrounded the mountain and archaeologists believe that it was a purpose-built water-filled barrier placed between the hill and the rest of the world.  This is thus one of the few man made hills in the world where we have the symbolism of the ‘mountain’ and its surrounding ‘water’ together.

It is worth noting that Silbury could not have been built by a simple late Neolithic primitive tribal society. It is a display of immense technical skill and prolonged control over labour and resources. Archaeologists calculate that it took 18 million man-hours, or 500 men working 15 years (Atkinson 1974:128) to deposit and shape 248,000 cubic metres (8,800,000 cu ft) of earth and fill on top of a natural hill. Euan W. Mackie believed it could only have been built by an ‘authoritarian theocratic power elite with broad ranging control across southern Britain’. 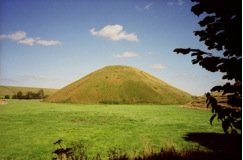 Many mound-building societies of ancient North America built large pyramidal earth structures known as platform mounds. Among the largest and best-known of these structures is Monk's Mound at the site of Cahokia.

Monk's Mound is the largest Pre-Columbian earthwork in America north of Mesoamerica. Located at the Cahokia Mounds UNESCO World Heritage Site near Collinsville, Illinois, its size was calculated in 1988 as about 100 feet (30 meters) high, 955 feet (291 meters) long including the access ramp at the southern end, and 775 feet (236 meters) wide.. This makes Monk's Mound roughly the same size at its base as the Great Pyramid of Giza (13.1 acres / 5.3 hectares), but unlike Egyptian pyramids which were built of stone, it was constructed almost entirely of layers of basket-transported soil and clay. Because of this construction, and because it is not a true pyramid but has a flattened top, rainwater retained within the structure has tended to cause "slumping", the avalanche-like sliding of large sections of the sides at the highest part of the mound.

Greece has a number of structures which have been identified as being the remains of ‘pyramids’.  Along with the structures mentioned below there are about 14 pyramid-like buildings, or their remains, scattered in the country side of Greece. 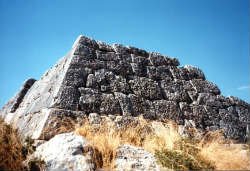 There are two surviving pyramid-like structures still available to study, one at Hellenikon and the other at Ligourion, a village near the ancient theatre Epidaurus.  The dating of the pyramids has aroused a bit of controversy.  The primary dating of these ‘pyramids’ has been made from the pot shards excavated from the floor and on the grounds. This dates the pyramids to around the 5th and 4th centuries, but some analysis of the stones in the buildings using new techniques has dated the Helleniko pyramid to 2,730 BC with an error factor of plus or minus 720 years. It also dated the Ligourio pyramid to 2,260 BC with an error of plus or minus 714 years.

These buildings were not constructed in the same manner as the pyramids in Egypt. The Greek pyramids do not have stepped levels but are built in the main with smooth sides reaching a flat topped peak  They were also relatively small.  The buildings at Hellenikon and Ligourion were no more than 70 meters tall and were surrounded by walls, with the base of the Helleniko pyramid being nine meters by 7 meters. The base of the structures also differed from the Egyptian pyramids as they were rectangular, not square.

There are no remains or graves in or near the structures. Instead, the rooms that the walls housed were made to be locked from the inside. 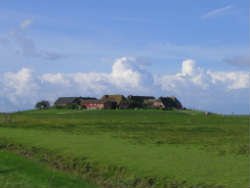 Terps are artificial dwelling hills (also known as Terp, Wierde, Woerd, Warf, Warft, Werf, Wurt and Værft).  Their primary purpose was entirely practical – they created to provide safe ground during high tide and river floods in very low lying areas such as the coastal parts of the Netherlands (in the provinces of Zeeland, Friesland and Groningen), in southern part of Denmark and in Germany, before protective dikes were made.  They also occur in the Rhine and Meuse river plains in the central part of the Netherlands.

But they also combined practical purpose with spiritual symbolism – and the way they were built shows this.  Historical Frisian settlements, for example,  were built on artificial terpen up to 15 m in height to be safe from the floods. The first terp-building period dates from 500 BC, the second from 200 BC to 50 BC. A third terp-building period dates from AD 700.  Some 1,200 terpen are known in Groningen and Friesland alone, some supporting  abandoned settlements, some being mounds with only one or a few farmhouses, and some still supporting  larger villages and old towns. 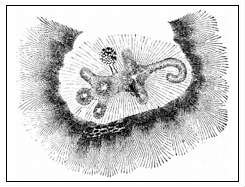 An effigy mound is a raised pile of earth built in the shape of a stylized animal, symbol, religious figure, or human figure. Effigy mounds were only built during the Late Woodland Period (A.D. 350-1300).  The animal on the top is likely to be the totem animal of the clan or group;  as mounds, as we have seen are the symbolic home of the spirits of a group of souls.  Common shapes for effigy mounds include birds, bear, deer, bison, lynx, panther, turtles, and water spirits.

Effigy mounds were constructed in many Native American cultures. Scholars believe they were primarily for religious purposes, although some also fulfilled a burial mound function. In this context the mound was both a symbolic resting place for the souls and also a physical resting place for their bodies.  The builders of the effigy mounds are usually referred to as the Mound Builders.

Native American societies in Wisconsin built more mounds than did those in any other region of North America—between 15,000 and 20,000 mounds, at least 4,000 of which remain today.  According to the National Parks Service, the area in which effigy mounds are found “extends from Dubuque, Iowa, north into southeast Minnesota, across southern Wisconsin from the Mississippi to Lake Michigan, and along the Wisconsin-Illinois boundary.”