The Ancestors - Neolithic Orkney - The Ring of Brodgar 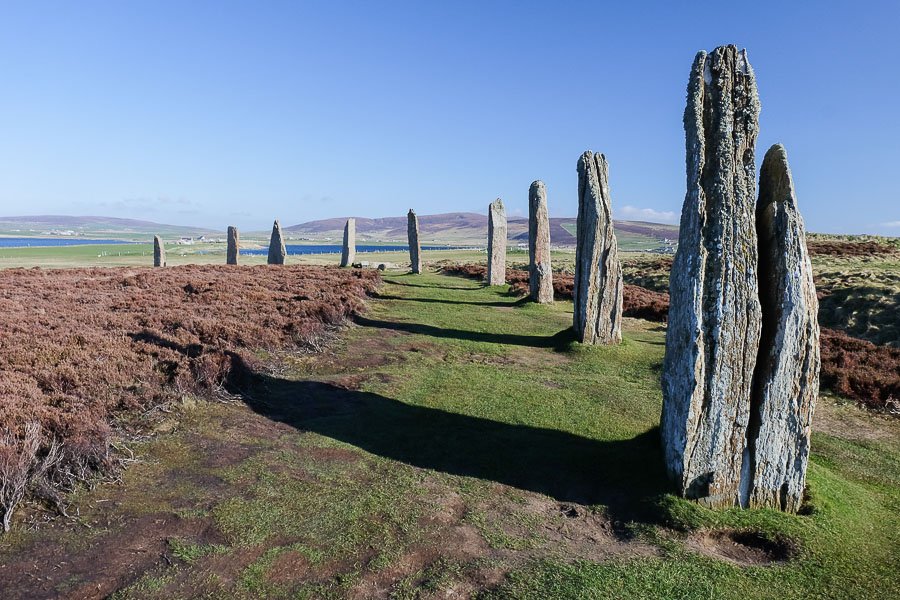 The Ring of Brodgar (or Brogar, or Ring o' Brodgar) is a Neolithic henge and stone circle about 6 miles north-east of Stromness on the Mainland, the largest island in Orkney, Scotland. It is part of the UNESCO World Heritage Site known as the Heart of Neolithic Orkney.

The ring of stones stands on a small isthmus between the Lochs of Stenness and Harray. These are the northernmost examples of circle henges in Britain. Unlike similar structures such as Avebury, there are no obvious stones inside the circle, but since the interior of the circle has never been excavated by archaeologists, the possibility remains that wooden structures, for example, may have been present. The site has resisted attempts at scientific dating and the monument's age remains uncertain.

The stone circle is 104 metres (341ft) in diameter, and the third largest in the British Isles. The ring originally comprised up to 60 stones, of which only 27 remained standing at the end of the 20th century. The tallest stones stand at the south and west of the ring, including the so-called "Comet Stone" to the south-east. The stones are set within a circular ditch up to 3 metres (9.8 ft) deep, 9 metres (30 ft) wide and 380 metres (1,250 ft) in circumference that was carved out of the solid sandstone bedrock by the ancient residents. Technically, this ditch does not constitute a true henge as there is no sign of an encircling bank of earth and rock.

Examination of the immediate environs reveals a concentration of ancient sites, making a significant ritual landscape. Within 2 square miles (5.2 km2) there are the two circle-henges, four chambered tombs, groups of standing stones, single stones, barrows, cairns, and mounds. The immediate area has also yielded a number of flint arrowheads and broken stone mace-heads that seem to date from the Bronze Age.

The proximity of the Standing Stones of Stenness and its Maeshowe tomb make the Ring of Brodgar a site of major importance. The site is a scheduled ancient monument and has been recognized as part of the "Heart of Neolithic Orkney" World Heritage Site in 1999.

You will need to follow the inks to the symbolism to see just how important this site is. 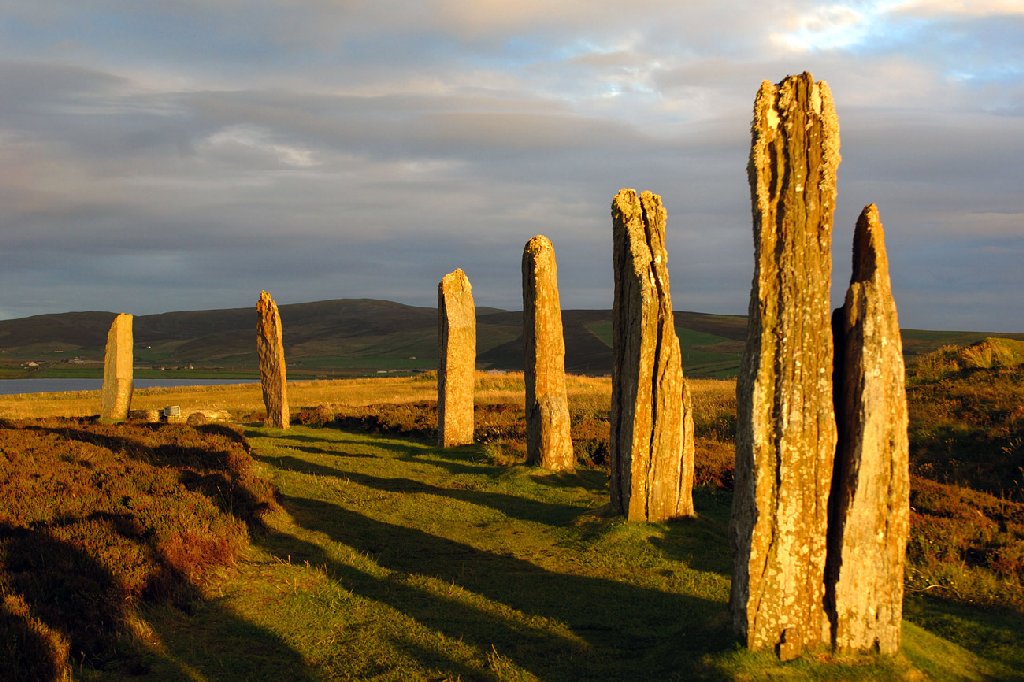