The Temple Mount is a religious site in the Old City of Jerusalem. It is part natural and part man made.  Covered with temples and holy sites, if it had any steps or levels these have long since been obliterated.

Jerusalem itself is situated on a hill. The elevation of the Old City is approximately 760 m (2,500 ft). The whole of Jerusalem is surrounded by valleys and dry riverbeds (wadis). The Kidron, Hinnom, and Tyropoeon Valleys intersect in an area just south of the Old City of Jerusalem.  Thus Jerusalem has a topography which lends itself to being a ‘sacred site’ – a separated hill, and streams or rivers.  It is not particularly high, and Mount Zion nearby is higher, as such its choice as a site is less obvious than in the other examples given here.  This is made more confusing when one realises that it is, for Judaism and Islam, one of the most contested religious sites in the world.

The Temple Mount is the holiest site in Judaism and two Jewish Temples were built at the site. It also, however, revered in Islam as both the destination of Muhammad's ‘ascent to heaven’ and a site associated with biblical prophets. The site is thus also the location of the al-Aqsa Mosque and the Dome of the Rock, the oldest extant Islamic structure in the world.

There is every reason to believe that before all the present building work, levelling and other construction work, Temple Mount was a stepped site and symbolically far more sacred and meaningful in its design. 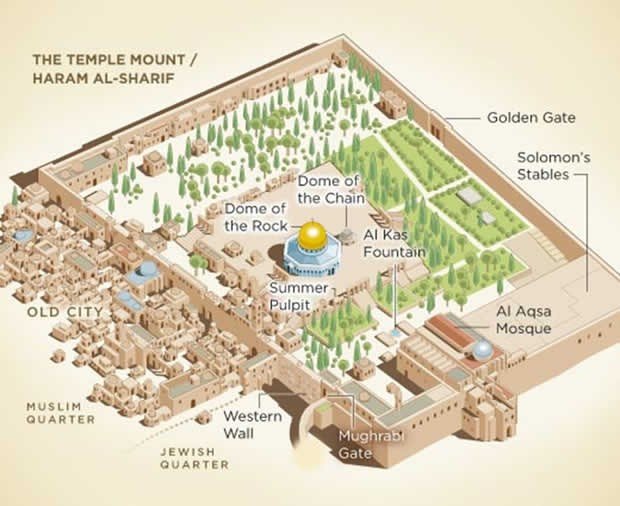 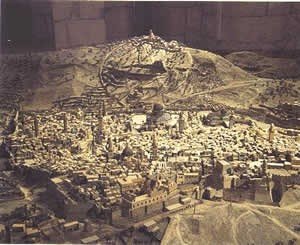 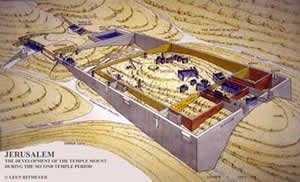