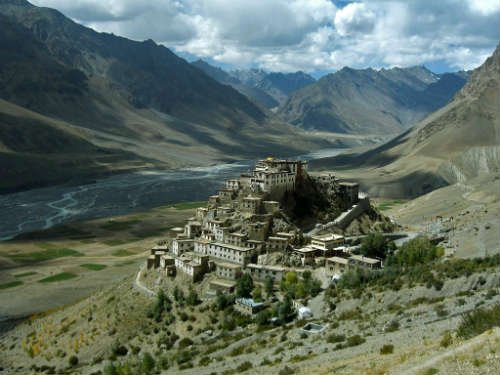 The definition of a sacred site is somewhat loose, but we can perhaps think of a sacred place as being sacred because :

Paul Devereux – The Sacred Places
Scholar Edward Cases talks of places having a gathering action filling themselves with memories that belong as much to the place as my brain or body.

And there are some sites that are sacred because they help to produce a spiritual experience.

The fact that a site is sacred may be interesting and a very rough indicator.  But there may be any number of different ways the site helps you to do this.  Perhaps only a small portion are on telluric currents or magnetic anomalies and because of the nature of telluric currents, they might have been there once, but may not be now.  It only takes the building of one motorway or new road or an overhead power line, to disrupt all the flows.  When they drained the marshes round Glastonbury, they might well have inadvertently lost all the energy concentrations the site had previously produced.

So a sacred site is a sort of rough indicator that something may once have been there, but you may need to do some extra work with instruments to find out if it still exists.  You might find yourself to be better off standing on the Eiffel tower waiting for a solar flare than standing in the middle of the Callanish stones.

The existence of an observatory on the site may be a pointer to the fact that the ancients knew their solar cycles and used the equipment on site, as it were, to predict times of high solar activity.  So the site was marked as special and the observatory used to decode when people needed to be there to get the best effects.

We should also not ignore the fact that sites can be multi-purpose, like Stonehenge.  It is clear that the more purposes and functions a site can satisfy, the more important it became.

The only difficulty, as you can well see, is that most of us now have no idea which of these reasons is the one that made any one site sacred – the plants, the geological activity, the fumes, the height and so on; nor whether it is only sacred because of its symbolic associations not its ability to provoke spiritual experience.

We could go to a site thinking we were going to have some profound healing experience without ever knowing that it was sacred because of its symbolic associations with water, springs, wells and mountains. 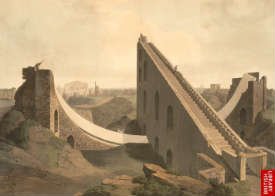 Here are some suggestions for how to find sacred sites and establish their importance spiritually.

One of the more exciting intriguing and interesting ways of finding sacred sites and also learning a little of our very ancient history is to use the information on maps which gives us a clue as to the  Sacred geography of our countries.  A sacred landscape maps spiritual features and symbols onto the physical landscape using a mix of naturally occurring features and sites which have spiritual 'power'.

The objective of all sacred landscapes was to recreate heaven on earth - to recreate the symbols and features seen in spiritual experience using the physical landscape, thus reminding people of both spiritual truths but also guiding them to places where such experience could be obtained.

It had the added benefit that if a person was unable to gain spiritual experience, then at least he had some approximate idea of what others had seen and experienced from the physical recreation of it.   The landscape at one time must have been immensely beautiful as a result.

Where the sacred geography of an area is unclear, it is often best to start by using what Alfred Watkins [a pioneer in this area] called Initial sites.

Once you have some idea of the sacred geography of a site then the next stage is to understand something of the symbolism of sacred geography. The link takes you to a description of the basics of this symbolism.

From this point we are then looking for specific features and these are just a few of the ones to look for, the link takes you to a much fuller description:

Alfred Watkins – The Old Straight Track
Mrs Leather in her ‘Folklore of Herefordshire’ gives five instances of legends that the mounds of local castles contain hidden treasures and such legends have an earlier origin than Norman times. 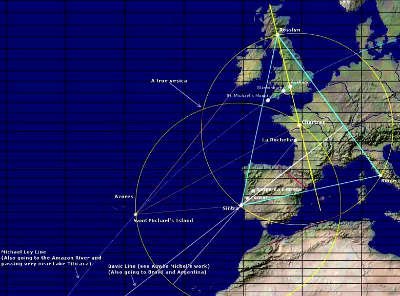 Some of the names of places may give you a clue.  Some of the meaningful terms used in ancient days may have been incorporated into the current place name, but you do have to know old languages and their meanings to be able to do this, for example in Greece….

Paul Devereux – Earth Mysteries
The ancient Greeks had two words for place, chora and topos.
Chora was a holistic reference to place, referring to place as a point of experience, as a trigger to memory, imagination and the sense of mystic presence.  In his Timaeus, Plato claimed that chora could not be apprehended by the senses alone, but required a kind of spiritual reasoning and the ability to ‘dream with our eyes open’.
Topos on the other hand, signified places in much the same way we think of today – simple location.

In the UK, the words Blake [as in Blakeney] Lee [as in Brightholmlee] leigh [as in Slayleigh], ley [as in Slapton ley], Coel, Cole or variations of this, Blag, Brent [as in Brentwood], are all examples of place names containing symbolically important names.

Any site with the words castle in the name are also important. Watkins, for example,  noticed a 'puzzling number of mound sites' which had the word ‘Castle’ in them, but had no defensive purpose, - hills, mountains, enclosures and so on.

Alfred Watkins – The Old Straight Track
A puzzling fact is the frequency of places with no sign of ever having had defensive buildings, still bearing a castle name such as ‘The Castle’, ‘Red Castle’, ‘Ragged Castle’ and ‘Castle Farm’.  A mound or ring earthwork far earlier than the Norman period often bears the name.  It seems certain that the word ‘castle’ originally indicated some kind of earthwork

or not.  As we have seen this is a clear indicator of spiritual purpose.

A large number of sacred sites included trees at one time, of course the trees themselves have long since disappeared.  But their existence is often recorded in place names, for example, Gospel Oaks, Mark Ash, Mark Oak, Broad Oak, Weobley Ash, Cross elms, Cold Ash, Cold Oak and so on.

There may also be indications on site that timing was important there.  Timing applies to any geomagnetic site that is affected by solar cycles flares and similar.  But we should not forget that timing may of course be related to the plants that grow there.  Henbane, for example, a common ingredient in a number of shamanic brews, is only available in the form needed at certain times of year.

Old roads were sometimes built over fault line anomalies and as we have seen in the other entries, occasionally crossed fault lines produce magnetic anomalies of higher and thus more potent intensity than simple fault lines do.  Combine this knowledge with knowledge of when solar flares occur and you have a recipe for a solar experience.

Numerous mechanisms - sometimes it doesn't work at all

I can well imagine there are thousands trekking to some far ‘holy mountains’ thinking they will receive the most intense spiritual experience of their lives without realising that these holy mountains  are ‘holy’ because symbolically they represent important features in the local cosmology.  And many wells and springs, mounds and hummocks, hills and fountains are just the same – physical counterparts to the symbolic landscape of heaven. 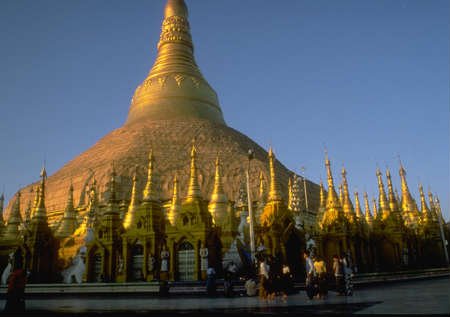