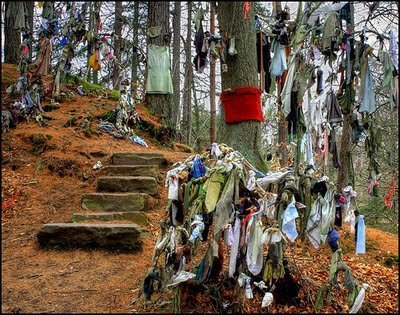 Springs take their symbolism from that of Water and Rivers and streams.  The source, the spring, is the symbolic name given to the origin of the spiritual energy being received ‘hope springs eternal’.  It is an alternative source to the ‘fountain’.  Both springs and wells are thus symbolically sources of enlightenment and healing, a portal to the spiritual world.  They form a key part of sacred geography

As some springs and wells contain sulphur and sulphur is healing, by taking the waters people could literally be healed too.  Warts can be cured with sulphur indicating there is an anti-viral action - a useful attribute at the best of times. 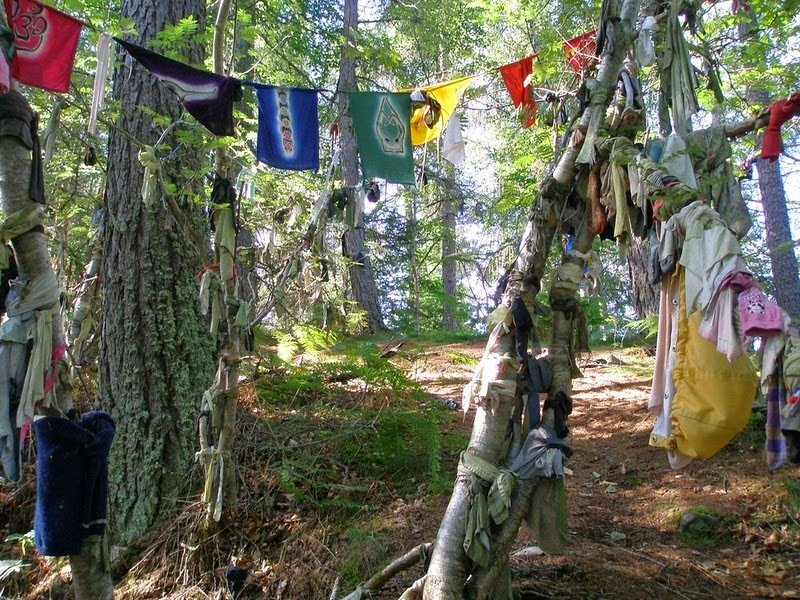 From Notes on The Folk-Lore of the North-East of Scotland By Walter Gregor  [1881]
The belief in fairies was all but universal. ….. They were believed to dwell inside green sunny hillocks and knolls, beside a river, a stream, or a lake, or by the sea-braes, in gorgeous palaces furnished with everything that was bright and beautiful. They had wells, too, called "fairy wells." All that paid a visit to such wells left something in them--a pin, a button. Such wells seem to have been different from those having a curative power.

Clootie wells are wells or springs, almost always with a tree growing beside them, where strips of cloth or rags have been left, usually tied to the branches of the tree as part of a healing ritual. In Scots nomenclature, a "clootie" or "cloot" is a strip of cloth or rag.

The strip of cloth acts symbolically like a prayer flag or pennant.  There is some similarity between this practise and the use of Shide (Shinto) meaning the zig-zag shaped paper streamer associated with Shintoism.  On a more prosaic note, the saying "Ne'er cast a cloot til Mey's oot" is a warning not to shed any clothes [cloth] before the May flowers (hawthorn blossoms) are in full bloom.

The pieces of cloth are generally dipped in the water of the holy well and then tied to a branch while a prayer of supplication is said to the spirit of the well – in modern times usually a saint, but in pre-Christian times a goddess or local nature spirit. This is most often done by those seeking healing, though some may do it simply to honour the spirit of the well. In either case, many see this as a probable continuation of the ancient Celtic practice of leaving votive offerings in wells or pits. 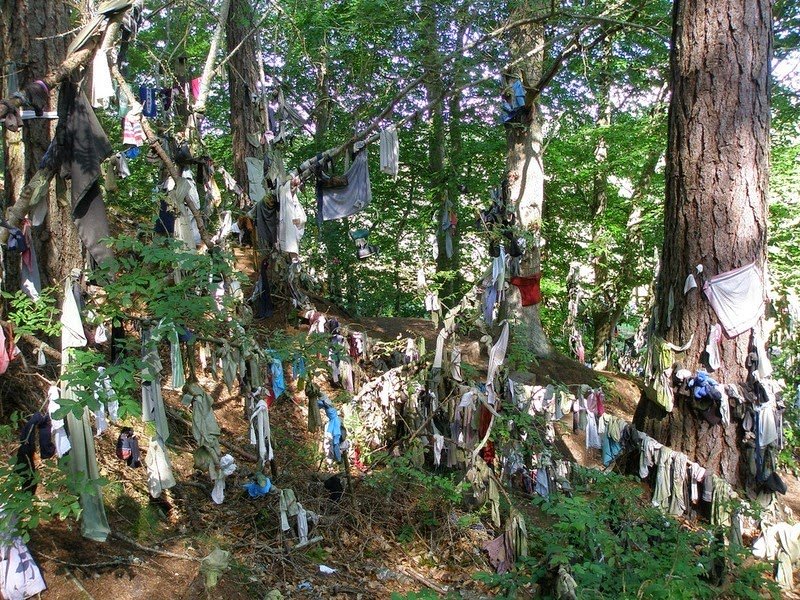 At clootie wells where the operative principle is to shed the ailment, and the clootie is thought to represent the ailment, considerable ritual may be attached to the process in recognition of the fact that the mind has considerable influence over the body and faith is a great healer.

The most popular times for pilgrimages to clootie wells, for those of a mystic inclination are on the old Gaelic festival days of:

Clootie wells (also Cloutie or Cloughtie wells) are places of pilgrimage in many Celtic areas not just for the Pictish areas.   They can be found in Cornwall, Scotland, Ireland, and the Isle of Man.  In Scotland, for example, the most well known Clootie well is by the village of Munlochy on the A832, at an ancient spring where rags are still hung on the surrounding bushes and trees. Here the well was once thought to have had the power to ‘cure sick children who were left there overnight’. Craigie Well at Avoch on the Black Isle has both offerings of coins and clooties.  In Cornwall, there are clootie wells at Madron Well, Alsia Well and Sancreed Well. 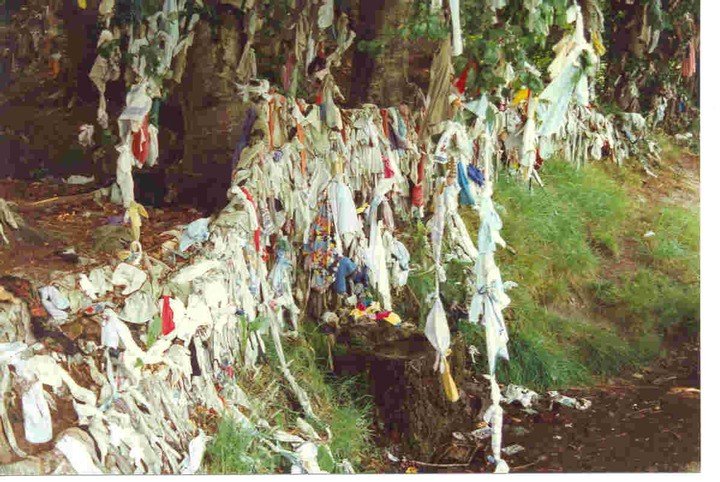 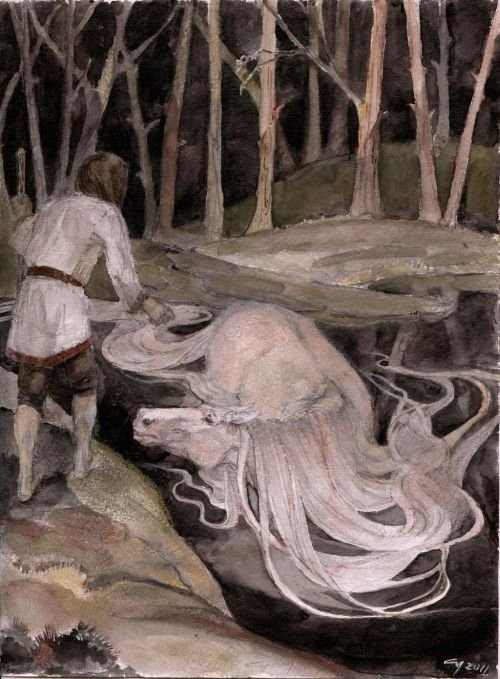