The volcanic Mount Agung (Gunung Agung) is the most sacred mountain in Bali. It is home to the important Mother Temple of Besakih, the largest and holiest temple in Bali, it is of particular interest as it is a hydrid  - a mountain that symbolises creation together with a set of temples which by their architecture [which is stepped and pyramidic in shape] also represent the mountain shape.  The mountain rises to an altitude of 3,148 meters (10,308 feet) in eastern Bali.

The Besakih Mother Temple of Bali is built on its slopes about 1,000 meters (3,000 feet) in altitude.  Built before 1000 AD, Besakih Temple was originally a terraced temple.  We will see in the next section that the terracing and stepped pyramid shape of temples symbolises the levels in the spiritual world. 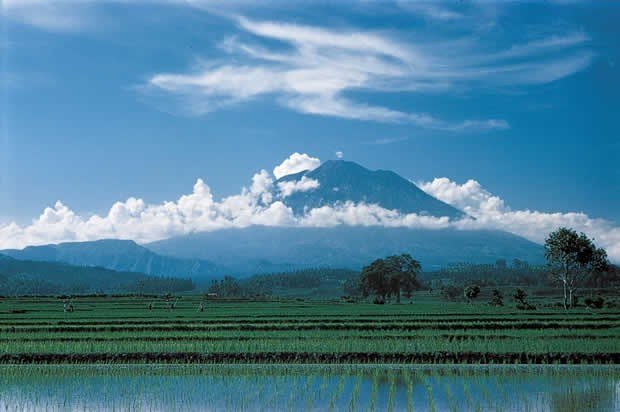 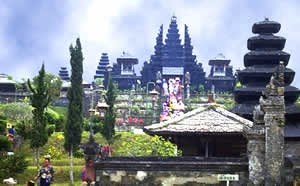 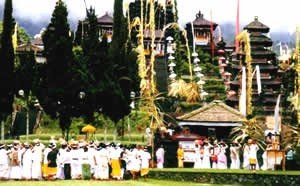 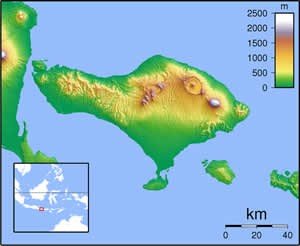 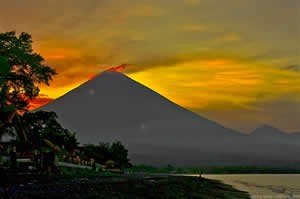 Mother and Father
Ocean and sea