Ben Newe is a large hill in Aberdeenshire.  At 565 metres, Ben Newe is a small hill, but being reasonably isolated it does have good views, which is why it was used as a triangulation point.  On the summit of Ben Newe, there is a large rock outcrop - incorporating a medieval well - and a trig point as well as a wooden seat. 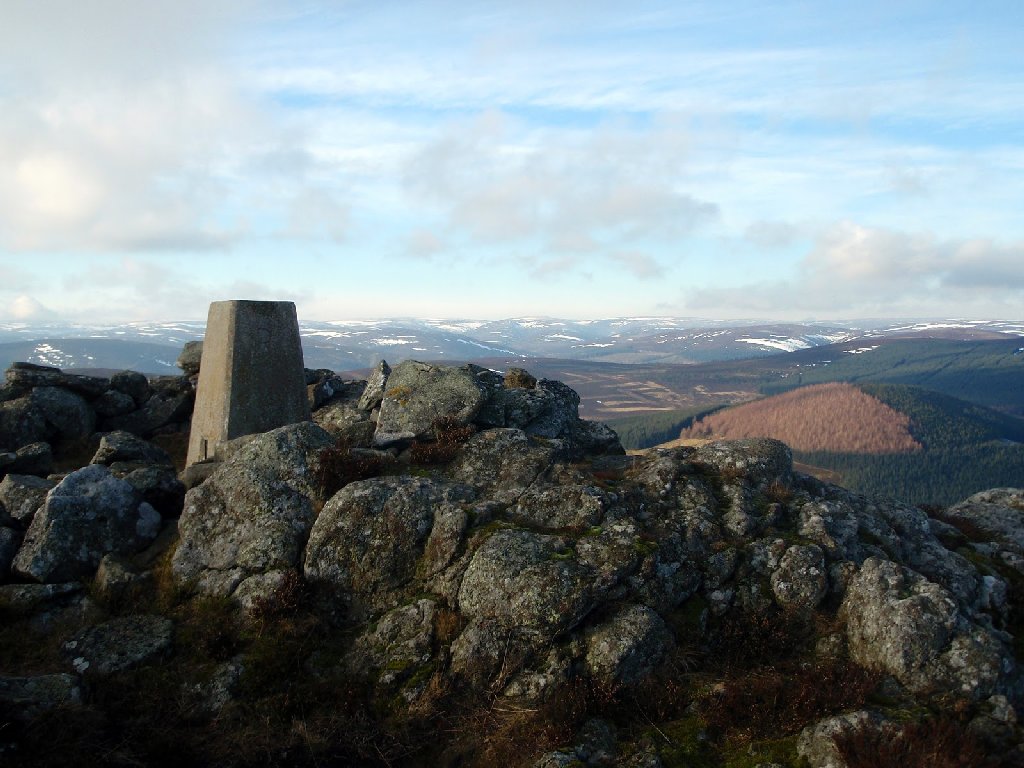 The official description of it is as follows: 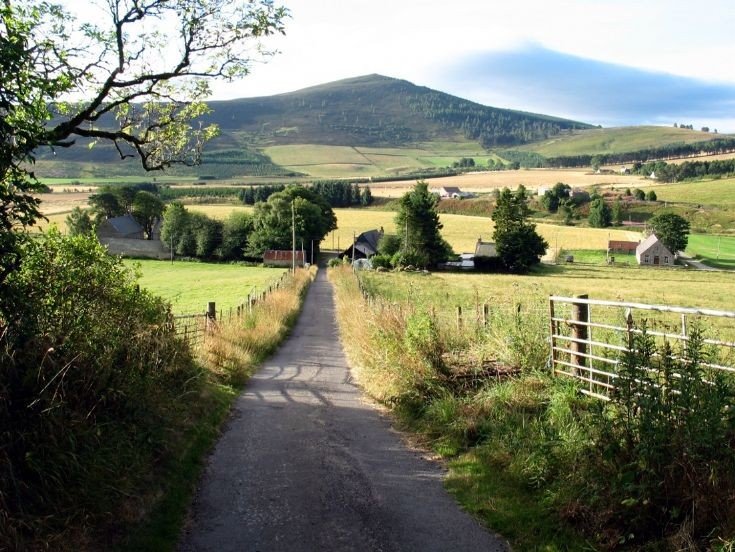 One reference to healing from a prehistoric site which struck me as significant is from an eighteenth-century manuscript, in which it is stated that a rock basin on Ben Newe, Strathdon, is 'renowned among the vulgar for marvellous cures; there is said to be a worm abiding in it, which, if alive when the patient comes, he or she will live; if dead they are condemned to die'.

Could this not be a garbled understanding that if the ley power is at the time active then healing occurs; if dormant then the patient receives no benefit and consequently dies?

From “The Legend of Perseus”. Volume 2 1895 By Edwin Sidney Hartland Chapter XI Sacred Wells and Trees

Ben Newe Well.
“There is a big rugged rock, says Rev Walter McGregor, on the top of Ben Newe in Strathdon, Aberdeenshire. On the north side of this rock, under a projection, there is a small circular-shaped hollow which always contains water. Everyone that goes to the top of the hill must put some small object into it, and then take a draught of water off it. Unless this is done the traveller will not reach in life the foot of the hill.
I climbed the hill in June of 1890, and saw in the well several pins, a small bone, a pill-box, a piece of a flower, and a few other objects.”

From "Holy Wells" in Scotland by Russell Walker

....In other cases the result depended on the rising or falling of the ‘waters’ : " if they rise, convalescence follows; if otherwise, death." If a certain worm in a medicinal spring on the top of a hill in the parish of Strathdon (Ben Newe) were found alive, it argued the survivance of a patient: and in a well of Ardnacloich, in Appin, the patient, " if he bee to dye, shall find a dead worme therein ; or a quick one, if health bee to follow."
The witching hour of midnight was also regarded as a favourable time to approach some of the wells. 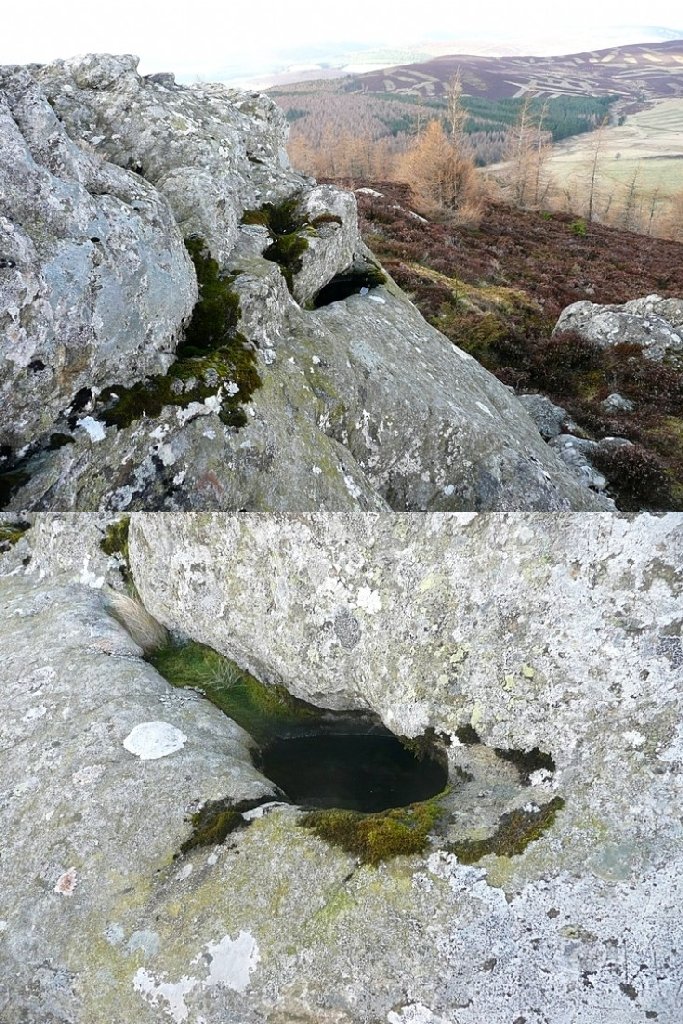