Mount Athos is a mountain on the peninsula of the same name in Macedonia, of northern Greece, called the "Holy Mountain".   Its interest, in this context, lies in two things, it is a Christian holy mountain and it is almost  surrounded by the sea, thus it combines the symbolism of the mountain and the sea or water. Mount Athos lies at the end of a  peninsula, the Chalcidice peninsula, which protrudes into the Aegean Sea for some 60 kilometres (37 mi) at a width between 7 to 12 km.  Mount Athos and its steep, densely forested slopes reaching up to 2,033 metres (6,670 ft). The seas around the end of the peninsula can be dangerous.

The holiness of the mountain is based on legend, but again an interesting legend, as it is based on the Creative Mother figure [in the form of the Virgin Mary] as opposed to the Creator as a whole.  According to the athonite tradition, the Virgin Mary was sailing to Cyprus when the ship was blown off course to then pagan Athos.   At the time the mountain was sacred.  The lexicographer Hesychius of Alexandria states that in the 5th century there was still a temple and a statue of "Zeus ".  In effect the mountain was at that time dedicated to the Creator [in the form of Zeus].

The Virgin walked ashore and a voice was heard saying "Let this place be your inheritance and your garden, a paradise and a haven of salvation for those seeking to be saved". In effect, the Christians took over the site, by claiming ‘inheritance’, but preserved some of its earlier associations by  associating it with the Virgin Mary.

Mount Athos is now home to 20 Eastern Orthodox monasteries and forms a self-governed monastic state within the sovereignty of the Hellenic Republic.  It is also a World Heritage Site. Spiritually, Mount Athos comes under the direct jurisdiction of the Ecumenical Patriarchate of Constantinople. 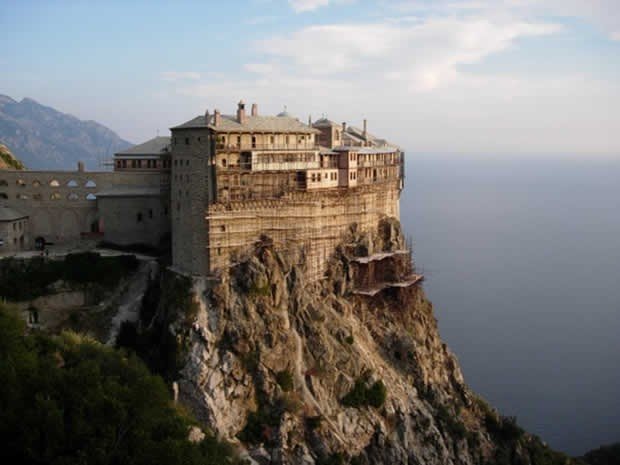 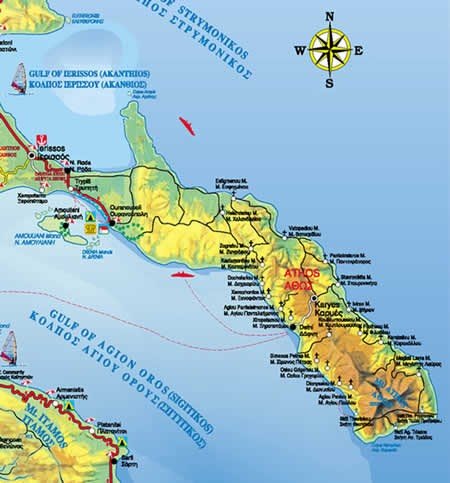