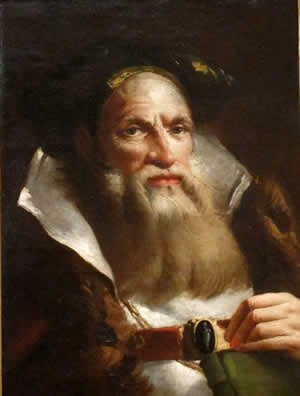 The word Hesychasm comes from the Greek hesychasmos, and from hesychia, "stillness, rest, quiet, silence".  It is now a tradition in the Eastern Orthodox Church, and some of the Eastern Catholic Churches.  It is -  in simplistic terms - a set of practises based on meditation, stillness of mind   (hesychazo: "to keep stillness") and inward focus.

Its principles are almost identical to those we see in yoga, and in practises such as contemplation.  It is designed, as all the techniques on this website are designed, to get direct spiritual experience.

But included within the practises of this group of people was a practise known as ‘hesychasmic quivering’, which is to all intents and purposes very similar to the two techniques of shaking and quaking.  In addition there is also the use of hesychasmic breathing of which more in a moment.

The movement appears to be very old and goes back to the very beginnings of the Christian Church.  The terms hesychia and hesychazo, for example, appear as early as the 4th Century in texts by people like St John Chrysostom and the Cappadocians. The terms also appear in the same period in the works of Evagrius Pontikos (c. 345–399), another Cappadocian who was based in Egypt.  It can be found in the ‘Sayings of the Desert Fathers’. 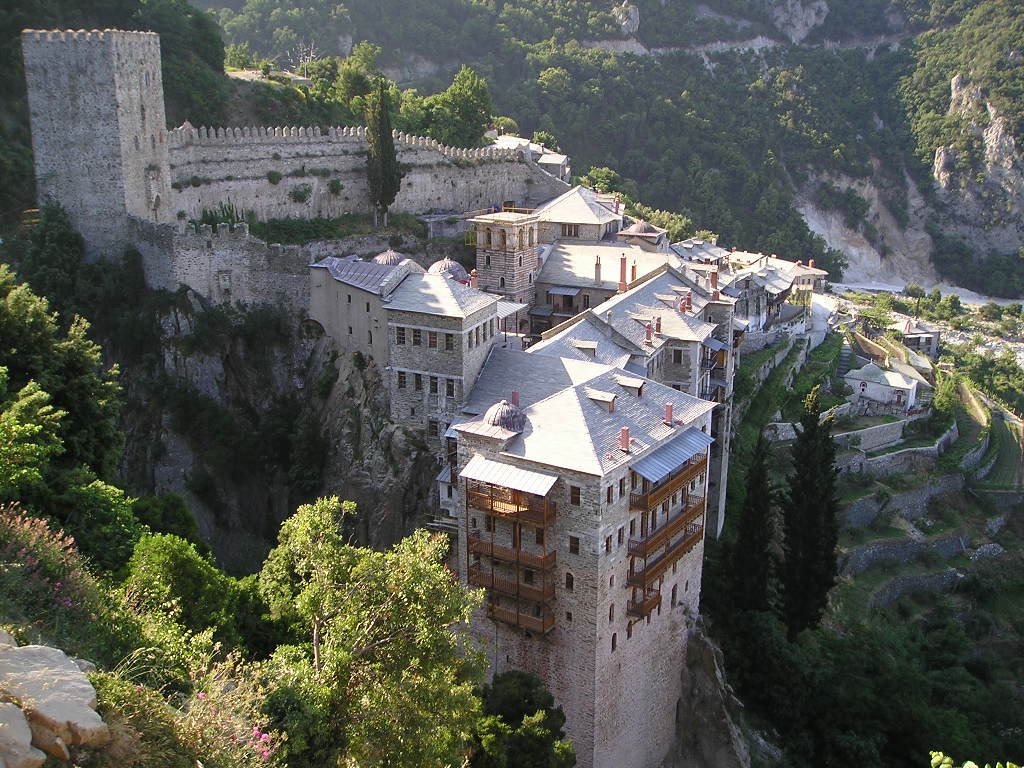 The term Hesychast was used in the 6th century in Palestine in the Lives of Cyril of Scythopolis, which described the lives of Hesychasts who were contemporaries of Cyril. And the terms hesychia and Hesychast are used in the Ladder of Divine Ascent of St John of Sinai (523–603) and in Pros Theodoulon by St Hesychios (c. 750?).

St. Simeon the New Theologian (949-1022), a Byzantine mystic, prepared the way for the later blossoming of hesychastic mysticism. By using 'certain methods of prayer', Saint Simeon believed one could achieve an inner illumination and directly experience a vision of Divine Light. The focal point of a rivalry between the secular and monastic groups in Constantinople, Saint Simeon was exiled in 1009 by the patriarch. The ban was later lifted but he refused to leave Saint Marina Monastery. His mystical poems became classics of Eastern Christian spirituality. 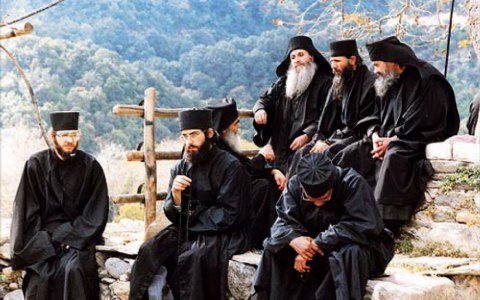 About the year 1337, hesychasm attracted the attention of a member of the Orthodox Church, Barlaam, a Calabrian monk who at that time held the office of abbot in the Monastery of St Saviour in Constantinople.  He visited Mount Athos.  It turned out to be a disaster.

Mount Athos was then at the centre of the practises of hesychasm and at the height of its fame and influence, but it was anything but theologically  ‘Orthodox’.  Barlaam heard descriptions of the then practices.  He also read the teachings of the Athonite monk St Gregory Palamas. Trained in Western Scholastic theology, Barlaam was ‘scandalized’ by hesychasm and began to combat it both orally and in his writings.  In effect, Barlam was a theologian, whereas the monks at Mount Athos were aspiring mystics.  Barlaam regarded this as ‘heretical and blasphemous’. 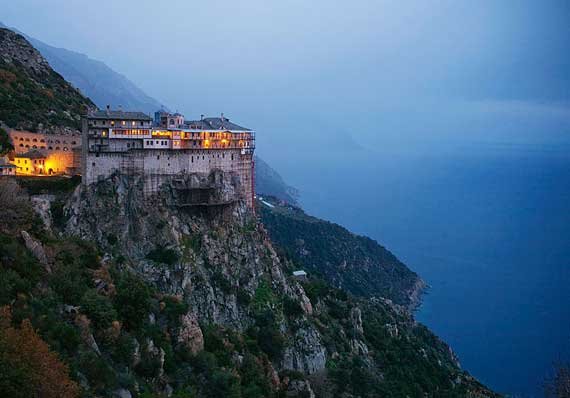 One of the main threats was that the experiences of the monks contradicted the made up theology of the Institutionalised church.  Given that the Church had become a very political creature by that time, great wealth and power was based on its theology, the monks of Athos could have been a real threat and in their innocence – believing that the Christian church had something to do with spirituality and Jesus – they had not seen the ramifications. But the practises themselves were also regarded as scandalous.

Although in all the mainstream descriptions of hesychasm the techniques are described as those of prayer, chanting, meditation and quaking - there is a bit more to the techniques they used than these simple practises imply.  Suffice it to say that alchemy appears to have been 'replaced' by hesychasmic practises in this part of the world, or to rephrase this - hesychasm is alchemy.

Breath control is of great importance in alchemy.  Meditation and breathing circulate the chi.  Chi is created when the nutritious elements of food are combined with secretions from glands and organs.  This forms blood and sexual energy.
Heat in the form of breath transforms the sexual energy to chi which circulates up and down the psychic channels along the spine from the crown to the abdomen somewhat akin to the kundalini energy of yoga.  The chi passes through the 12 psychic centres located along the channels.  After many cycles the chi becomes refined.  It reaches the crown in a highly concentrated state, where it can be manipulated or else sent back down to the abdomen.  The chi can be stored for future use.
Taoist alchemists advocated ‘fetus breathing’ which is so faint that it is nearly extinguished and which precedes the mystical state of Samadhi.
Fetus breathing is identical to the breathing techniques in hesychasm – an alchemical/mystical breathing that emerged in monastic practise in Eastern orthodox Christianity and evolved from Buddhist influences.  Its chief advocate was St Gregory Palamas.
Hesychasm involved both shallow controlled breathing with a yoga like posture.  There are dangers involved in the shallow breathing of both fetus breathing and hesychasm – damage to both the physical body and mental state

So here we are closer to the truth.  The monks were using sexual techniques to build up energy in order to provoke a kundalini experience.

St Gregory Palamas set about defending hesychasm doctrine and in the 1340s had to appear at a number of synods in Constantinople.  He also wrote a number of works in its defense.  In 1341 the dispute came before a synod held at Constantinople, presided over by the Emperor Andronicus III.  The synod, using the work of pseudo-Dionysius, condemned Barlaam, who recanted.  Other synods on the subject were held, at the second of which the followers of Barlaam gained a brief victory. But in 1351 at a synod under the presidency of the Emperor John VI Cantacuzenus, Hesychast doctrine was accepted as a doctrine of the Orthodox Church. 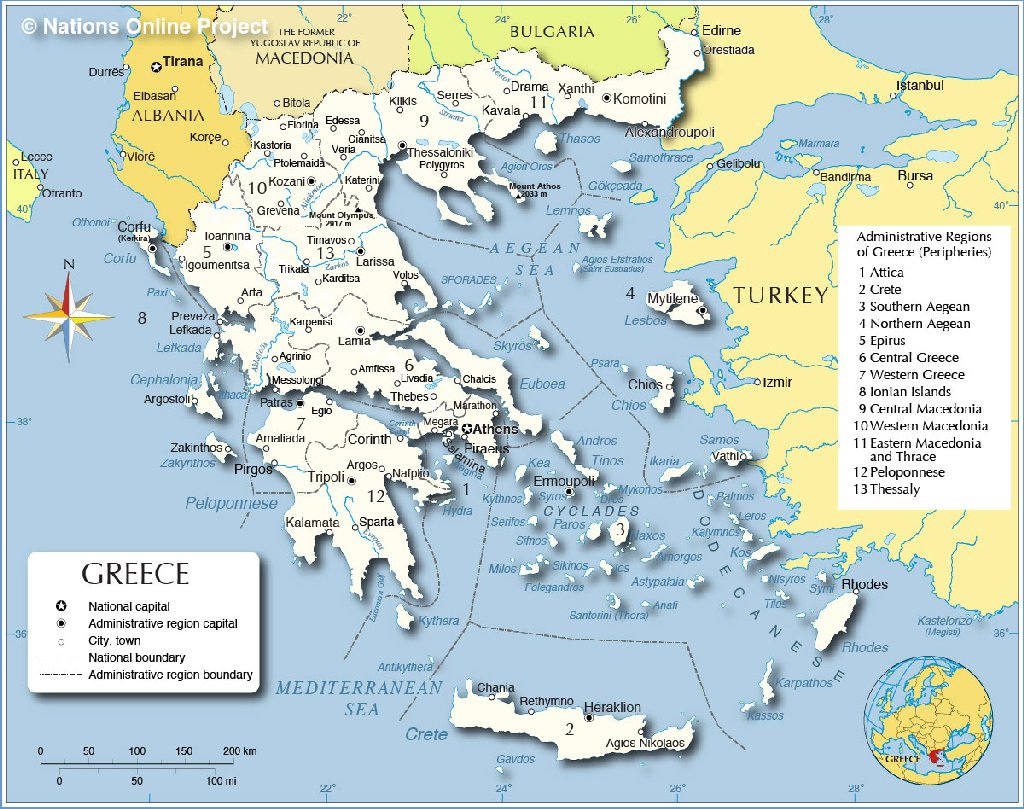 Mount Athos is just visible near Thessalonika on a peninsula

If you read the long, ridiculous arguments that have appeared – west and east – all theological and all nonsense - on the practises of Hesychasm, you realise how few members of the Christian church ever experienced any form of spiritual experience at all.  The impression is given that hundreds wrote about it, but it was all theory.  The million dollar question is, of course, how much of the genuine Hesychasmic practises have survived this onslaught of theory and politics?

And the answer superficially appears to be practically nothing!  But there again this may be wrong, because in those still secret monasteries, the practises may have survived.

There appears to be no doubt that the mystics of Mount Athos had managed to put quite a sophisticated set of techniques in place - alchemical as well as conventional.  It is no doubt that ‘quivering’ or at least physical movement played a part in Hesychasmic mysticism, as did the sexual techniques.  It is interesting that we have an almost unified set of mechanisms worldwide in, for example, controlled breathing, frenetic exercise of various sorts, sexual methods [peaking or sexual stimulation], chants, mantras and befuddling techniques.

Gregory Palamas (c. 1296-1359), one of the most controversial thinkers in the history of Christianity, was the theologian of the Byzantine contemplative movement known as Hesychasm (hesychia — state of quiet), a movement which held that it was possible in this life to behold the vision of God, to experience God through his uncreated grace, through his Divine energies. The Hesychastic ascetical method, which combined

was opposed by both Latin Christians and Byzantine Humanists. The Western view of grace as both created and supernatural found Palamas' teaching especially offensive. See John Meyendorff, A Study of Gregory Palamas (London, 1964).