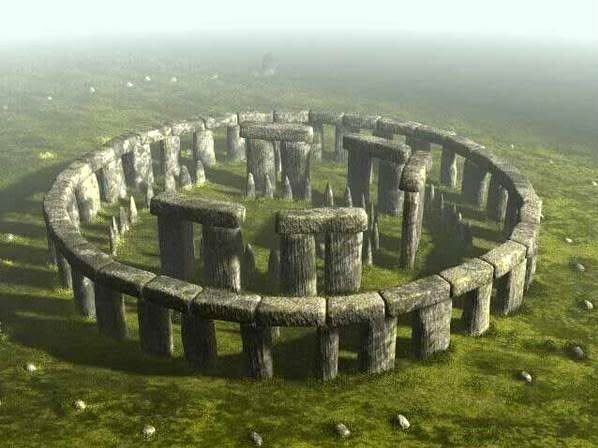 Stonehenge has always been the most visited of our prehistoric monuments; remember, for instance, the trouble and expense which Pepys endured to inspect it when on holiday in the west country, while a host of antiquaries and artists from Tudor times onwards have left us descriptions and delightful if inaccurate engravings.

Yet it can never have been so magnificent as the complete Avebury, for despite the astonishing size of its stones the whole conception was far less bold-the entire sacred area being less than one-thirteenth as great.

The easiest way to recall the complexities of Stonehenge is to approach it from without. It would be following in many prehistoric footsteps to mount up to it from the river Avon along the mile-and-a-half course of the 'avenue' enclosed between its two parallel banks and ditches, for this was a road which must often have been trodden when the temple was a living centre of religion.

Led by the avenue to the north-east side of the monument, one crosses the low bank and ditch by its single entrance and, walking over the ring of empty socket-holes that has been uncovered just inside the bank, passes through the great outer circle of sarsen stones and that of 'bluestones' within, to find oneself entering between the arms of a double horseshoe, the outer one formed of five colossal trilithons, the inner of small 'bluestones'. And there, across the toe of this innermost bluestone horseshoe, lies the seeming centrepiece of the whole temple, the recumbent slab of the 'altar stone' on which popular imagination has offered up many bloody victims.

Standing by this altar and looking back along the axis of the horseshoes to the 'Hele Stone' at the head of the avenue, one is facing the point where the sun will rise on midsummer day. 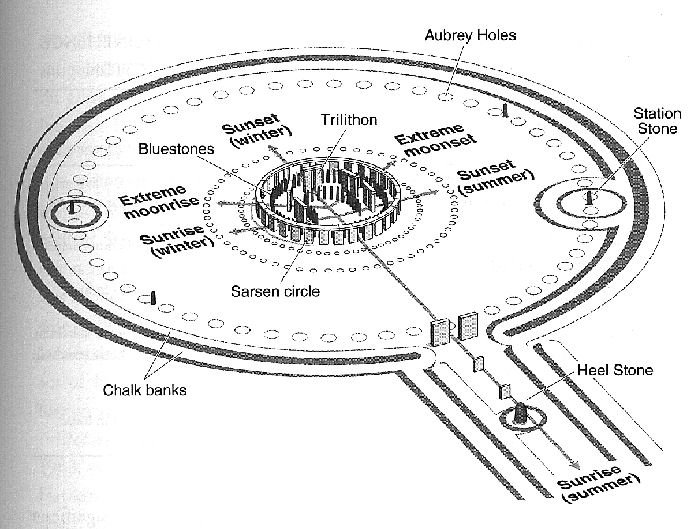 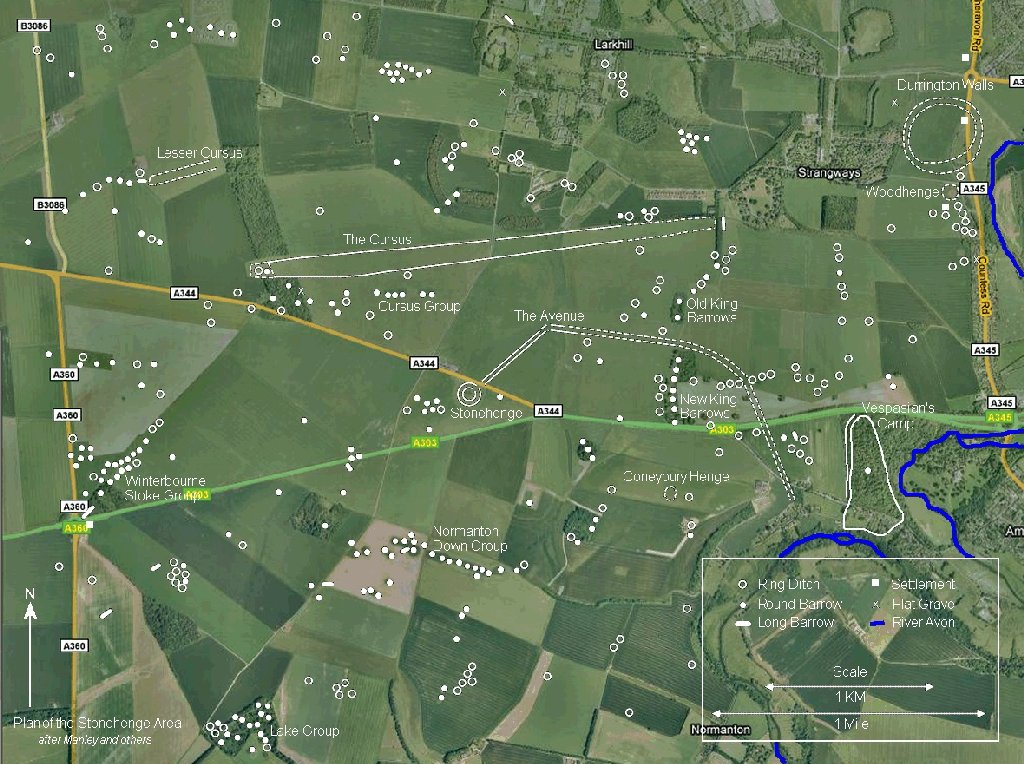