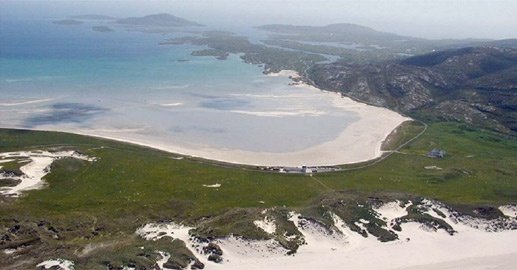 It is interesting to know that the present inhabitants of Barra, or at least most of them, are the descendants of Irish colonists who belonged to the clan Eoichidh of County Cork, and who emigrated from there to Barra in A. D. 917. They brought with them their old customs and beliefs, and in their isolation their children have kept these things alive in almost their primitive Celtic purity.

For example, besides their belief in fairies, May Day, Baaltine, and November Eve are still rigorously observed in the pagan way, and so is Easter--for it, too, before being claimed by Christianity, was a sun festival. And how beautiful it is in this age to see the youths and maidens and some of the elders of these simple-hearted Christian fisher-folk climb to the rocky heights of their little island-home on Easter morn to salute the sun as it rises out of the mountains to the east, and to hear them say that the sun dances with joy that morning because the Christ is risen.

In a similar way they salute the new moon, making as they do so the sign of the cross. Finn Barr is said to have been a County Cork man of great sanctity; and he probably came to Barra with the colony, for he is the patron saint of the island, and hence its name. (To my friend, Mr. Michael Buchanan, of Barra, I am indebted for this history and these traditions of his native isle.)

We met the first of the Barra witnesses on the top of a rocky hill, where the road from Castlebay passes. He was carrying on his back a sack of sand heavy enough for a college athlete, and he an old man between seventy and eighty years of age. Michael Buchanan has known John MacNeil all his life, for they were boys together on the island; and there is not much difference between them in age, our interpreter being the younger. Then the three of us sat down on a grassy knoll, all the world like a fairy knoll, though it was not; and when pipes were lit and the weather had been discussed, there was introduced the subject of the 'good people '--all in Gaelic, for our witness now about to testify knows no English--and what John MacNeil said is thus interpreted by Michael Buchanan:--

Fairy-Singing.--'My mother, and two other women well known here in Barra, went to a hill one day to look after their sheep, and, a thick fog coming on, they had to rest awhile. They then sat down upon a knoll and began to sing a walking (cloth-working) song, as follows:--"It is early to-day that I have risen;" and, as they sang, a fairy woman in the rocks responded to their song with one of her own.'

Nature of Fairies.--Then the question was asked if fairies were men or spirits, and this is the reply:--'I never saw any myself, and so cannot tell, but they must be spirits from all that the old people tell about them, or else how could they appear and disappear so suddenly? The old people said they didn't know if fairies were flesh and blood, or spirits. They saw them as men of more diminutive stature than our race. I heard my father say that fairies used to come and speak to natural people, and then vanish while one was looking at them. Fairy women used to go into houses and talk and then vanish. The general belief was that the fairies were spirits who could make themselves seen or not seen at will. And when they took people they took body and soul together.' 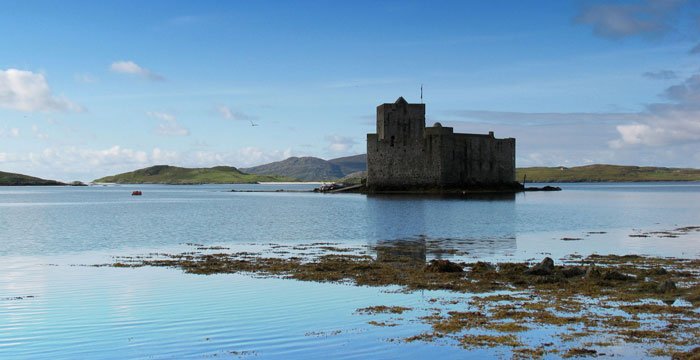