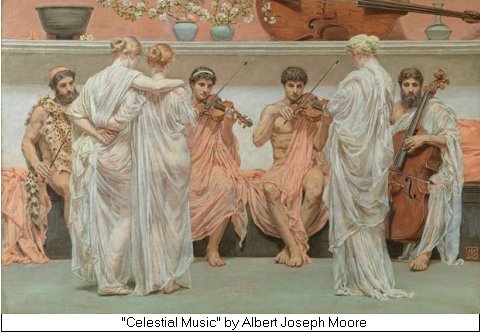 One of the main ways that mystics, poets, composers, writers and others know about the systems and functions of the universe is through music.  They ‘hear’ music and  they hear all types of what is often called 'Celestial music' or alternatively Sacred Music.

In other words instead of getting images as symbolic input during a vision or hallucinatory experience they get a single note perhaps or a phrase or a complete song or even a long complex melody.

When the music being heard is unrelated – and this is important – unrelated to the physical world but generated entirely from the spiritual world  - the sound heard is nearly always described as truly  ‘unearthly’, sweet and gentle,  it has a lucid quality, is harmonic, it can have a calming effect, may also bring great joy and happiness – ecstasy - and it is unlike anything we might have heard before.

What else?   Well one key thing is that it does not use our current musical scales and harmonies even though it is ‘harmonic’ sounding.

Music plays a vital role in all mystic thought.  The Shakers, the Quakers, the Sufis, the Kabbalistic Jews all ‘heard’ celestial music and it is worth noting that in trying to reproduce it practically none use or used the scale we use today.  The Shakers, for example, had a tradition of 'receiving' songs via trance, which were then recorded using their own musical notation system which we have now, it seems, lost.

According to observers, the tunes were wholly different from any 'normal' tunes and used musical notes/pitches and harmonies outside the ones we in the West may use today.

And in trying to reproduce the music being heard, we find the same overall impressions created – emotional, deeply moving, harmonic, but different – wholly different.

My perception is that much use is made of what we might term the minor key. I came to this conclusion first from the nature of the observations, but also because many indigenous peoples and very gifted composers produce their compositions in the minor key in preference to the major….

The shamans even learn the songs of the spirits.   So here we have an example of music deliberately captured by the shaman so that it can be repeated.  Again there is the description of it being ‘hauntingly beautiful’. 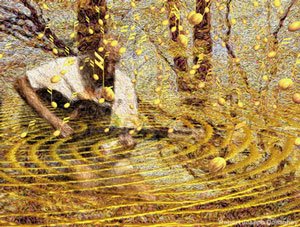 Some people in trance hear the music as though it was played on a musical instrument.  Flutes and other reed instruments, pipes – particularly bagpipes or pan pipes, stringed instruments especially harps [including aeolian harps] and violins.  Another ‘instrument’ which is also frequently heard is bells.

There is also the suggestion that at times the songs sound like descant voices…. No words, just melody where the voice is almost being used like an instrument.

Although only the musically gifted seem able to hear full tunes or more than a random selection of notes, many others can hear notes or short bursts of song.   Some people however, are able to pick up complete songs. 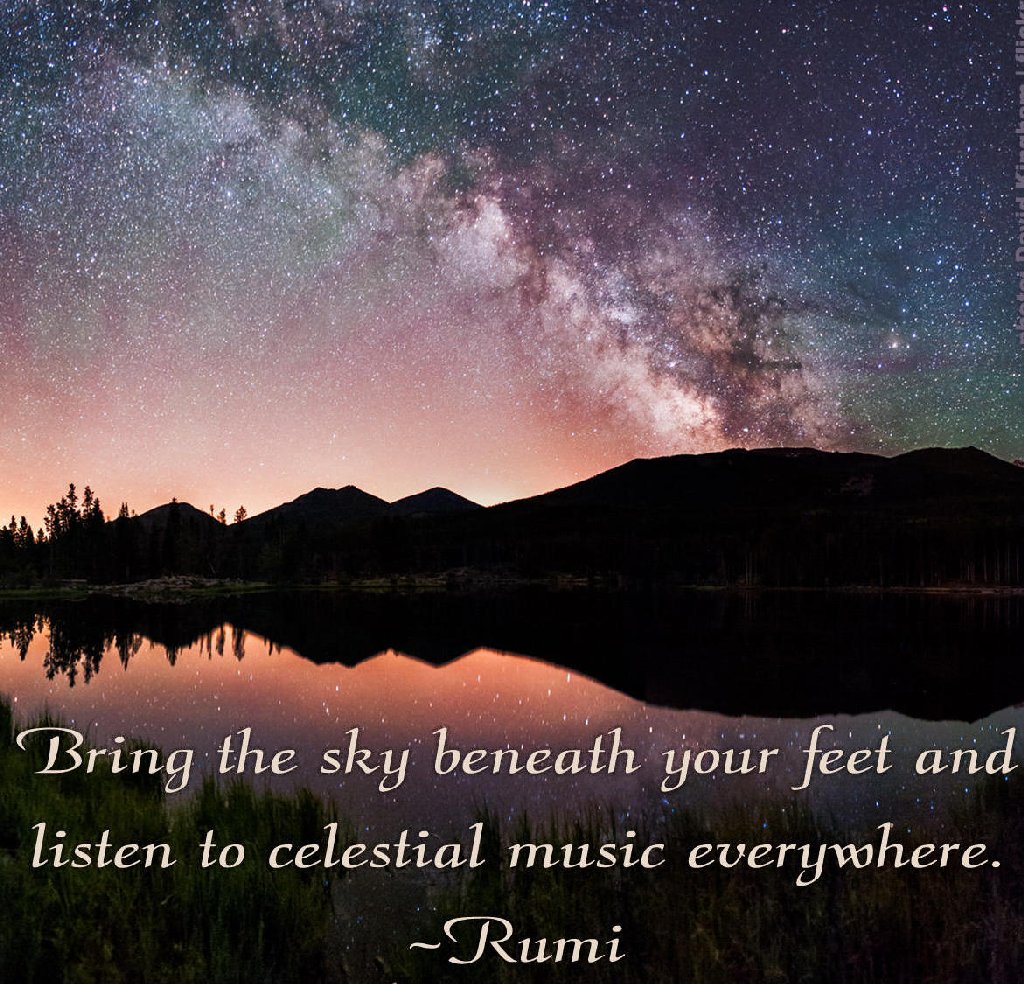 So how can we summarise celestial music? It can be a single note, a phrase, a song or even longer.  The songs can be very complex and sometimes unreproducible. The pitches and scales used are not those we use now, neither are the musical harmonies and the upper and lower notes go way beyond anything we may use.  But it is generally  harmonic and lucid.

It is described as unearthly, but  may be soft, gentle sweet and ghostly.  Other descriptions include hauntingly beautiful.   It can be calming, arouse deep emotions  or be profoundly moving.  It can induce ecstasy.

It can appear to be played on a musical instrument.  Flutes and other reed instruments, pipes – particularly bagpipes or pan pipes, stringed instruments especially harps [including aeolian harps] and violins or fiddles, as well as occasional bugles were mentioned.  There was also the mention of drums and the suggestion that at times the songs sound like descant voices…. no words, just melody.  People also heard bells.

For an explanation of what may be happening when anyone hears celestial music see Songlines.

If you wish to know more after reading this, then the following pages are also relevant