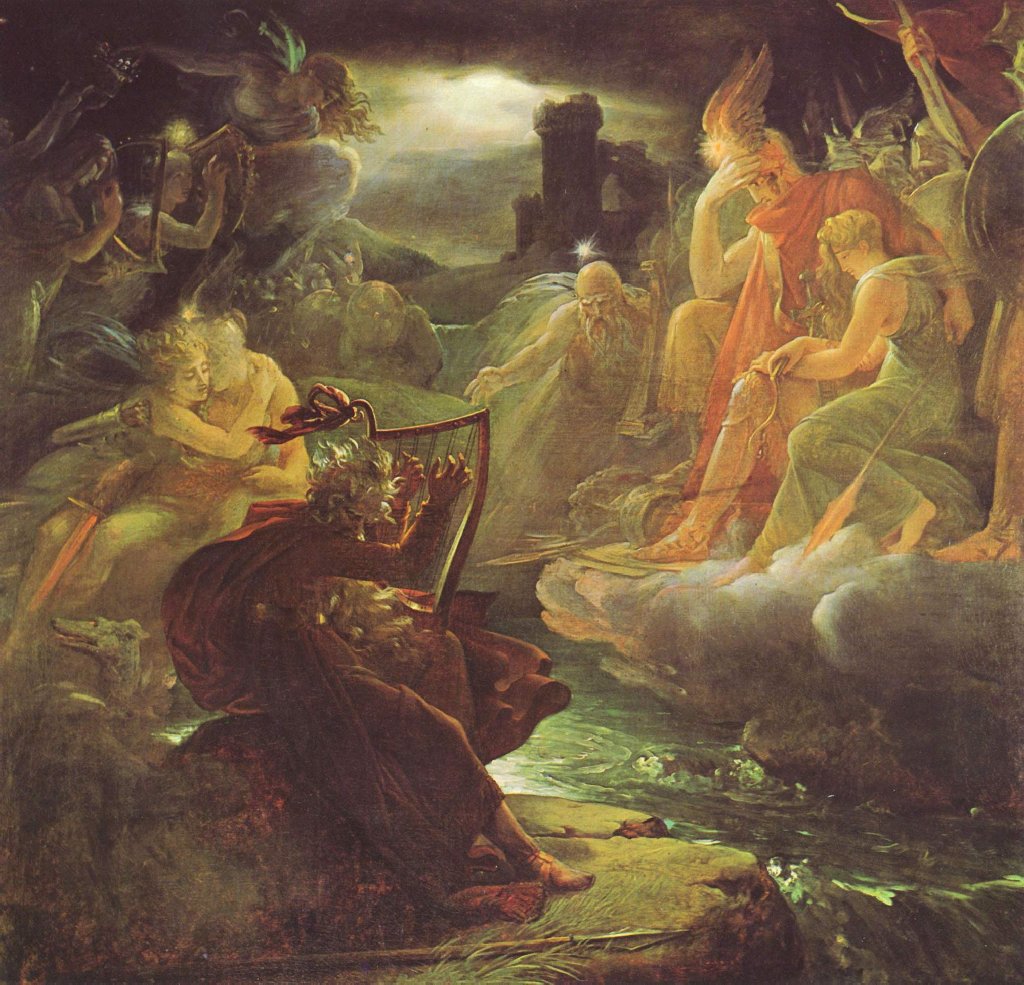 Not only did the fairy-folk of more ancient tunes enjoy wonderful palaces full of beauty and riches, and a life of eternal youth, but they also had, even as now, minstrelsy and rare music--music to which that of our own world could not be compared at all; for even Patrick himself said that it would equal the very music of heaven if it were not for 'a twang of the fairy spell that infests it' [Silva Gadelica,]…………

In Gilla dé, who is Manannan mac Lir, the greatest magician of the Tuatha De Danann, disguised as a being who can disappear in the twinkling of an eye whenever he wishes, and reappear unexpectedly …. we meet with another fairy musician. And to him O'Donnell says:--

'By Heaven's grace again, since first I heard the fame of them that within the hills and under the earth beneath us make the fairy music,. . . music sweeter than thy strains I have never heard; thou art in sooth a most melodious rogue!'

And again it is said of him:--'Then the gilla decair taking a harp played music so sweet. . . and the king after a momentary glance at his own musicians never knew which way he went from him.'