Sixth Revelation: The Triangle of Jesus

The idea of the hexad in combination with the zodiac naturally led to an investigation of the equilateral triangles joining the signs by elements, which form a double Star of Solomon. Saint-Yves hoped to find significances that would confirm those that “the Heavens declare.” The four triangles are as follows:

Saint-Yves began by treating the four sums as the limiting numbers of musical scales, namely, as the number assigned to the highest (or lowest) tone, which would allow all the other tones to be given, in their proper proportion, as whole numbers. He discovered that a harmonious scale cannot be made with the numbers 137 or 84, but that 96 and 248 give satisfactory tuning systems, for example:

But if only the letters of these triangles gave equally beautiful results! Saint-Yves was at a loss with the barbaric triglyphs ETOu, HMR, LKZ, PVY. Even Fabre d’Olivet’s book had no more help to offer.

The Triangle of Earth is nothing other than the Triangle of Jesus—so long as one substitutes for the tiresome P of Capricorn the Sh of his ruler, Saturn. Thereupon it is transformed into YShV, “Jesu.” The other musical triangle, that of Water, revealed itself at the same time, but without casuistry, as the name of Maria, MRHa: Marie-Victoire, of course, no less than the Blessed Virgin. These triangles are much discussed in L’Archéomètre.

Now the Archeometer was practically finished; it would be ready for Papus to demonstrate it on September 26, 1900, at the International Spiritist and Spiritualist Conference in Paris. A passage follows in which Saint-Yves, for the first time, gives it a definition:

The universal Fact, and every fact within it, is in the Law, the Law is in the Principle, the Three are indivisible, and from the Principle nothing emanates, everything immanates in Him. The Fact is experimental, the Law is revealed by the Fact, the Principle by the Law. The integral science is this revelation, and the Revelation is this science itself. Antiquity called it Wisdom, profane superstition called it magic, Christianity calls it religion, total synthesis in the Law and by the Law in the Principle, creative Word and preserver of the universal Fact and its supreme miracle: Life. St. Paul, who knew to their depths the most secret traditions of the Jews, declared them absolutely ignorant of sacred Wisdom. Three thousand years before him, the hieroglyphic Christian poem known by the name of Job proclaimed it lost. It is this supreme Wisdom of the pre-Hebraic Patriarchs that Saint Augustine calls the True Religion, the Christianity of the creative Word, then of the incarnate Word.

This knowledge was experimental, and the supreme instrument of its experiments is that which I have reconstituted under the name of the Archeometer.

I cannot give a better brief definition of the Archeometer than “the mother Prism of the Principle and of the universal Correspondences therein.” 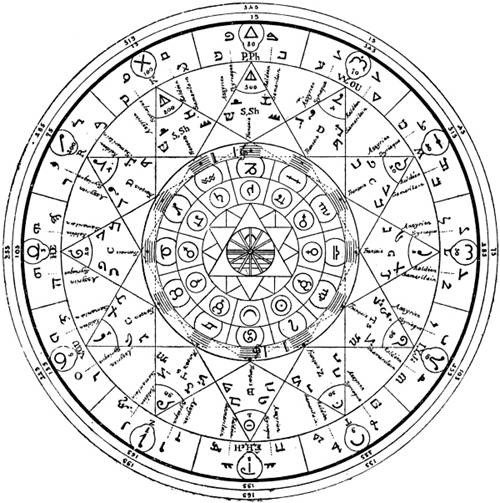