County Sligo - Rosses Point and visions of the Sidhe world 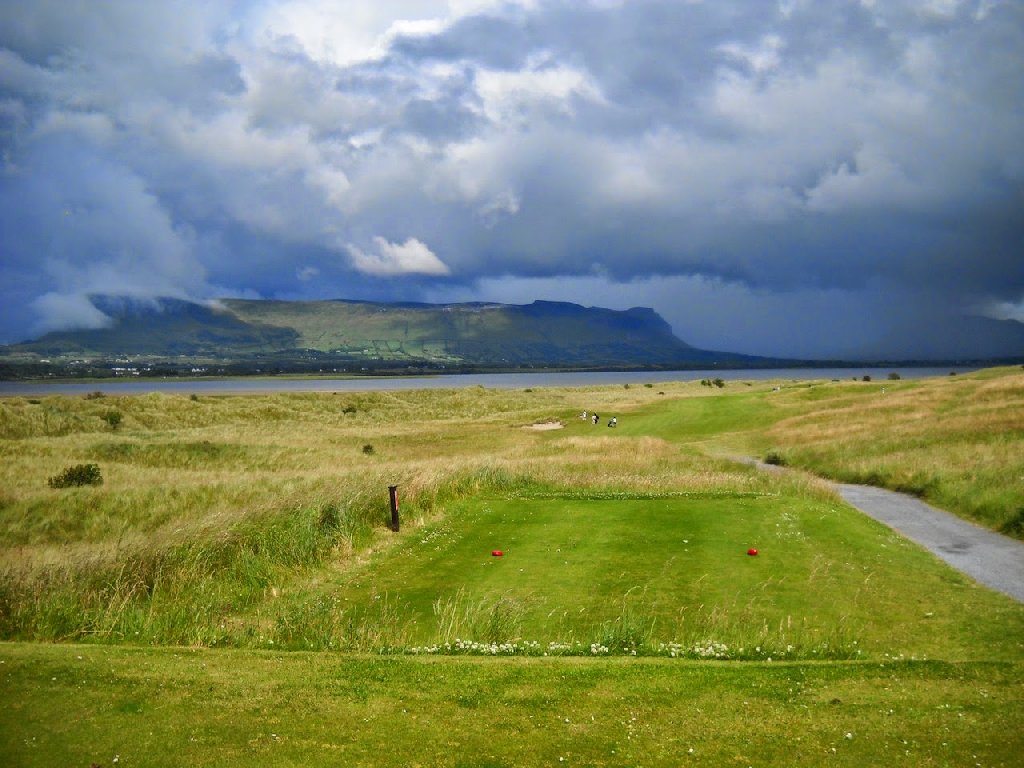 INDEPENDENT EVIDENCE FROM THE SIDHE WORLD

One of the most remarkable discoveries of our Celtic researches has been that the native population of the Rosses Point country, or, as we have called it, the Sidhe world, in most essentials, and, what is most important, by independent folk-testimony, substantiate the opinions and statements of the educated Irish mystics .... as follows:--

John Conway's Vision of the 'Gentry'.--In Upper Rosses Point, Mrs. J. Conway told me this about the 'gentry':--'John Conway, my husband, who was a pilot by profession, in watching for in-coming ships used to go up on the high hill among the Fairy Hills; and there he often saw the gentry going down the hill to the strand. One night in particular he recognized them as men and women of the gentry and they were as big as any living people. It was late at night about forty years ago.'

Ghosts and Fairies.--When first I introduced myself to Owen Conway, in his bachelor quarters, a cosy cottage at Upper Rosses Point, he said that Mr. W. B. Yeats and other men famous in Irish literature had visited him to hear about the fairies, and that though he knew very little about the fairies he nevertheless always likes to talk of them. Then Owen began to tell me about a man's ghost which both he and Bran Reggan had seen at different times on the road to Sligo, then about a woman's ghost which he and other people had often seen near where we were, and then about the exorcizing of a haunted house in Sligo some sixty years ago by Father McGowan, who as a result died soon afterwards, apparently having been killed by the exorcized spirits. ......

Fairies passing through Stone Walls.--'Where MacEwen's house stands was a noted fairy place. Men in building the house saw fairies on horses coming across the spot, and the stone walls did not stop them at all.'

Seeing the 'Gentry'.--'A cousin of mine, who was a pilot, once went to the watch-house up there on the Point to take his brother's place; and he saw ladies coming towards him as he crossed the Greenlands. At first he thought they were coming from a dance, but there was no dance going then, and, if there had been, no human beings dressed like them  and moving as they were could have come from any part of the globe, and in so great a party, at that hour of the night. Then when they passed him and he saw how beautiful they were, he knew them for the gentry women.'

'Michael Reddy (our next witness) saw the gentry down on the Greenlands in regimentals like an army, and in daylight. He was a young man at the time, and had been sent out to see if any cattle were astray.'

And this is what Michael Reddy, of Rosses Point, now a sailor on the ship Tartar, sailing from Sligo to neighbouring ports on the Irish coast, asserts in confirmation of Owen Conway's statement about him:--'I saw the gentry on the strand (at Lower Rosses Point) about forty years ago. It was afternoon. I first saw one of them like an officer pointing at me what seemed a sword; and when I got on the Greenlands I saw a great company of gentry, like soldiers, in red, laughing and shouting. Their leader was a big man, and they were ordinary human size. As a result [of this vision] I took to my bed and lay there for weeks. Upon another occasion, late at night, I was with my mother milking cows, and we heard the gentry all round us talking, but could not see them.'

Going to the 'Gentry' through Death, Dreams, or Trance.--John O'Conway, one of the most reliable citizens of Upper Rosses Point, offers the following testimony concerning the 'gentry':--'In olden times the gentry were very numerous about forts and here on the Greenlands, but rarely seen. They appeared to be the same as any living men. When people died it was said the gentry took them, for they would afterwards appear among the gentry.'

'We had a ploughman of good habits who came in one day too late for his morning's work, and he in excuse very seriously said, "May be if you had travelled all night as much as I have you wouldn't talk. I was away with the gentry, and save for a lady I couldn't have been back now. I saw a long hall full of many people. Some of them I knew and some I did not know. The lady saved me by telling me to eat no food there, however enticing it might be."'  'A young man at Drumcliffe was taken [in a trance state], and was with the Daoine Maithe some time, and then got back. Another man, whom I knew well, was haunted by the gentry for a long time, and he often went off with them' (apparently in a dream or trance state).

'Sidhe' Music.--The story which now follows substantiates the testimony of cultured Irish seers that at Lower Rosses Point the music of the Sidhe can be heard:--'Three women were gathering shell-fish, in the month of March, on the lowest point of the strand (Lower Rosses or Wren Point) when they heard the most beautiful music. They set to work to dance with it, and danced themselves sick. They then thanked the invisible musician and went home.' 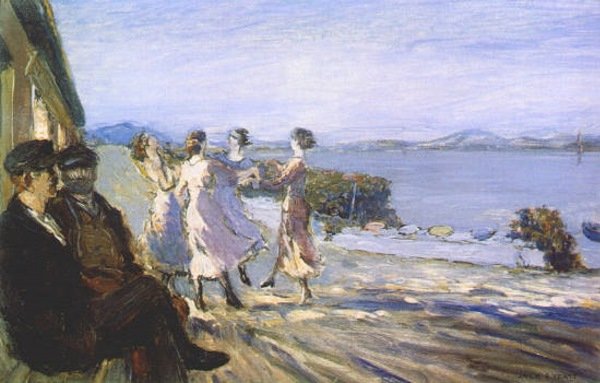