This is an ethnographic study of the inhabitants of the North-Eastern area of Scotland in the mid-19th century, at a time when an agrarian, barter economy still prevailed.  Were they fairies or is this a folk memory of the mystic Picts as they once were, before they were persecuted?

The belief in fairies was all but universal. ….. They were believed to dwell inside green sunny hillocks and knolls, beside a river, a stream, or a lake, or by the sea-braes, in gorgeous palaces furnished with everything that was bright and beautiful. They had wells, too, called "fairy wells." All that paid a visit to such wells left something in them--a pin, a button. Such wells seem to have been different from those having a curative power.

The fairies were under the rule of a queen. Commonly they appeared to man as men and women of small stature, dressed in green.  The name of fairy was not pleasing to them, and men spoke of them as "the fair folk," or "the gueede neebours." They were not ill-disposed towards men. Still they were inclined to be frolicsome towards them and to tease them, and there was need to guard against their frolic and trick………………………….

The "fair folk" were most skilled in music, and when mortals were stolen and taken to their abodes, or beguiled into them, one, of the great enchantments and allurements to stay with them was their music. But that music was not confined to their own dwellings. Often and again has it been heard by human ears in the quiet of the gloamin, or at the still hour of midnight, in the clear moonlight, now on this green hillock, now below this bridge, and now in this calm nook.

Sometimes they contrived to induce, by their fair and winning ways, unwary men and women to go with them. When such entered their abodes, every kindness was showered upon them, and the most savoury food and the most delicious wines were set before them in tempting array. If from what they saw they had become aware among whom they were, and had the courage to refuse what was spread before them, they soon found themselves  back among men.

If they yielded, and tasted either the food or the drink, their doom was sealed for at least seven years. All idea of the flight of time was lost by them under the beauty of fairyland and the joy of life in it. When the fairy-thralls did at last return to earth, they found their places filled by others, and the memory of them well-nigh dead. It was only after many explanations the remembrance of them returned to friends and acquaintances, and they themselves came to know how long they had dwelt in fairyland.

Such as did return never again took kindly to the works and ways of their fellow-men. They loved the sunny braes, the glens and woods, that lay far from the abodes of men, the quiet spots of daisied sward by the burnie side, the lonely nook of greenery by the margin of the loch, and the green slopes and hollows by the seashore. With dreamy longing eyes, gazing out for something they could not reach, they pined away the rest of their days, beings apart. 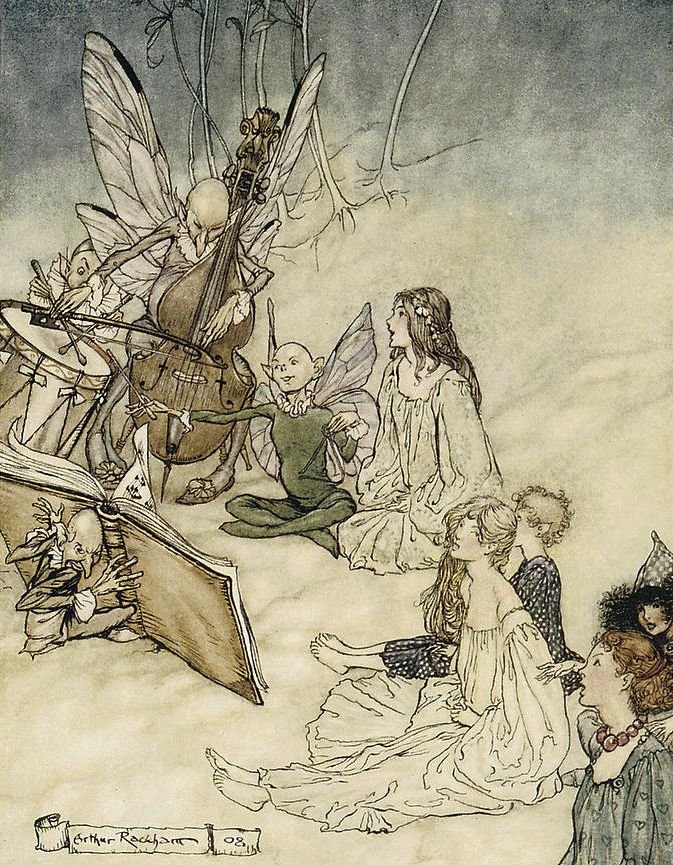