More hell and the underworld from one who went through it.

Vaughan Williams' wife was only 5 years away from death, suffering from arthritis and in great pain and he himself had just had to relive the horrors of WWI through WWII.  He was also becoming progressively more isolated via deafness caused by WWI

But I have also added the interpretation of the person who put the music on youtube so you can make up your own mind. 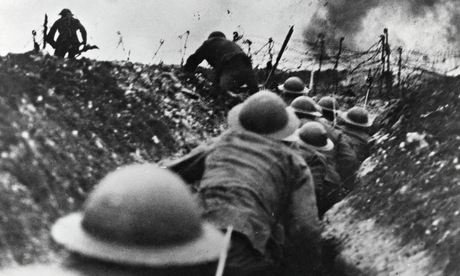 It is possible to receive celestial music from above and 'below'.

"This is one of my favourite symphonies, but also one of the most uncomfortable and difficult to listen to in one complete sitting. VW wrote this after the end of the Second World War. I feel very much that he was very afraid for mankind, for us as individuals and as a species. This symphony is a warning, in the same way that Orwell's 1984 is a warning (both of them were released in the same year, in fact - 1948).

There is a ray of hope in this work. At the end of the first movement the turmoil subsides and a glowing, beautiful vision of Eden appears in a gently rocking theme for strings. But it is eventually crushed by the same towering chords that opened the symphony. After this, all is nightmare and chaos. The finale is quiet, played 'pianissimo' throughout. However, it is not calm and is far from peaceful. It sounds lost, wayward, desolate. Critics at the time thought VW was describing a post-nuclear world, which used to irritate the composer. However, I do think he is speaking of desolation, but it's an inner desolation. He is describing to us a world without love, where we are cut off from each other and wandering. This is terrifying; and it is made all the more powerful by that brief glimpse of hope in the first movement. VW seems to say that there is an answer to this, that there is hope for us all. But what really chills me to the bone is that he also seems to be saying we didn't bother to listen.

The symphony's 4 movements play without a break:

Deafness and tinnitus
Listening to music