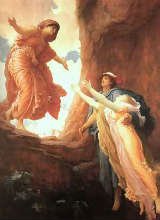 Within Greek thought, the Underworld was actually the physical layer - where we are now! It wasn't some level below the physical. The Greeks regarded the spiritual world as the true world and the physical world as a dark sombre place in comparison. It is Plato's cave and Pluto's cavern, down a tunnel into the dark.

But in shamanic thought the underworld is a level and layer broadly classified within the Earth layer but not physical.  It is used to store the software - spirit and functions - of animals.  Thus a shaman who 'did the dive' not only saw his own animal based software - his reptilian characteristics, but via this level could visit, via bridges, actual animals and communicate with them at this level.

The underworld appears however to be the storage place for a number of other systems besides those of animals.  If I roughly summarise these they are

It is worth noting that this is a huge number of systems, by far the greatest chunk.

The idea of the underworld [and hell] being at a 'lower' level than Earth is an interesting one, as the images often associated with both hell and the underworld can be induced by using infrasound – that is sound of a lower pitch than that we can hear – as opposed to ultrasound which is sound of a higher pitch than we can hear.
The very low virtually inaudible sounds made by church organ pipes, by tunnels and the resonance within them, by some electric fans and so on can induce in people [without their having used drugs or other mechanisms of trance], a deep state of melancholy and gloom.  Some may even have hallucinations – see ghostly figures or experience visions of a terrifying kind.