Morrells, Luce and feeling the vibes of the crypt at Glastonbury 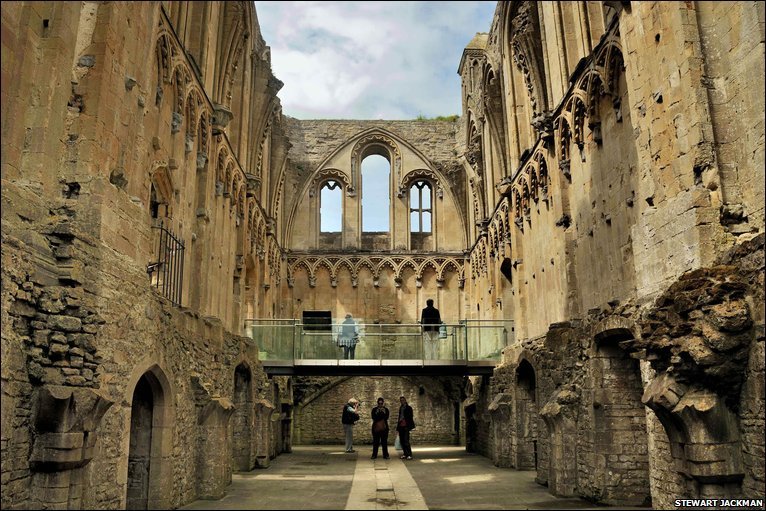 Over Chrismas I have been helping with the entry on the Celts [celtic] which has been utterly fascinating.  And I found out something which has linked in with our trip to Glastonbury all those years ago.

Do you remember that we went to the abbey and dropped down into what is now a pit, but which at one time must have been a crypt of some sort?

You asked me if I felt anything, because you thought the energy in there was very strong and once I thought about it, indeed it was very strong, but wholly negative - all I could experience was fear, terror, awful stuff.  It started at a very specific spot and did not spread over the whole of the pit.  In fact I could walk backwards and it went and then at a very specific point it started.

You said that you had some sense of a metal - I can't remember which one you said and also noticed our little dog seemed unphased by it all.  On looking back, however, he skirted the area that had the bad vibes.

I could not imagine why I felt like that or why it should be bad.  I thought about the Inquisition or some wars that had gone on there but this did not seem at all right.

I suspect that the Tor was the used for Purgatio and Paradiso.

So maybe the puzzle is solved.

Lots of love to you  and a very Happy New Year

Being blood group A or B
Being left handed