Perceptions - what has perceptions

We have seen in the section on the structure of the perception log that the log is created by activity.  The execution of activities creates an entry in the log.

As such everything has the potential to have perceptions – animate and inanimate.  Thus every log of every 'thing' – dog, cat, human, plant, fish, and stone - has the snapshots of the events it recorded either with or without its senses.

Thus if the thing is animate, the log will have the addition of all the sense information, if it is inanimate, it will only have the log of the execution of the activity, thus simply the before image, the action itself and the after image.  If we interact with a stone, a plant, a tree or any other animate or inanimate object, its perceptions log will contain an imprint of that interaction.

This has exceptional importance at where thoughts ‘are’ and where they can be recalled.  I have provided some observations to back up this finding. 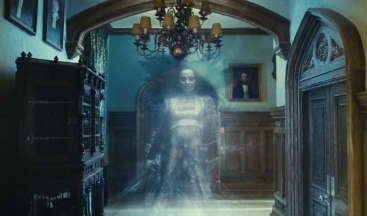 The fact that animate objects have perceptions is I think easily accepted by most people. After all an elephant never forgets!  A dog can remember where it left a bone, weeks after it buried it.  Squirrels, despite the evidence of oak trees in lawns which appear to provide evidence to the contrary, do remember where they have buried nuts – I have watched them on our lawn dig up nuts they buried months before.  Horses remember race courses, and animals as a whole can remember owners and places.  They remember what they need to survive.  I think they tend to index what is needed for survival much as we do.  They also seem to suffer the same problems with recall as we do.

I suspect some might baulk a bit at the idea that a fish has perceptions.  But it would seem that fish have perfectly good perceptions although it may not have a particularly well developed memory.

A fish can recognise numerous sorts of predator, it knows what is food and what is not, it can find its way in the rivers in which it lives.  Again the indexing is based on survival – patterns that it needs to associate with survival strategies.  To provide some anecdotal evidence, my friend Barbara had a long lived fish in a bowl in the hallway. It would watch the people come and the people go with obvious interest.  But it ‘knew’ Barbara and managed to associate her with food.  It would get quite excited when she appeared with the right coloured container.  Her shape from within the bowl became part of the fish’s survival mechanism.  Sport trophy fishermen also tell tales of fish that seem to like getting caught. They associate the food on the hook with the result of being caught, being put in a net and then returned after being weighed. It is worth pointing out that fish in nets are often given groundbait to make them weigh a bit more. So being caught equals being fed.

I am certain that many would dismiss the idea that plants have a memory, but there is evidence that they do have perceptions. Lyall Watson in his book Supernature quotes quite a few examples.

I have included a separate section based on the work of Sir Jagadis Bose which shows that he convinced himself via experiment that they do - see Plants and Perceptions.

Stones do not get involved in much activity.  By definition they are inanimate, but there are activities in which they are involved. They get buffeted by the wind and eroded, they get moved by wind, they get kicked and chipped by animals, they heat up and expand then contract in the cold, and they get cracked by frost. All recorded in the log, because all of it is software executing.  So they do have ‘perceptions’ albeit not a very exciting one.  And ‘watching paint dry’ takes on a new significance if we look at it this way.  Watch the paint; watch the replay of it drying.

In the pursuit of my investigations I was unconsciously led into the border region of physics and physiology and was amazed to find boundary lines vanishing and points of contact emerge between the realms of the living and non living.  Inorganic matter was found anything but inert; it also was a thrill under the action of multitudinous forces that played in it.  A universal reaction seemed to bring together metal, plant and annual under a common law.  They all exhibited essentially the same phenomena of fatigue and depression, together with the possibilities of recovery and of exaltation, yet also that of permanent irresponsiveness which is associated with death

We should not be surprised that inorganic matter has perceptions too.  I believe that all perception and function is stored at the ‘inorganic’ level – at the microscopically small level, at the atomic and possibly sub-atomic levels.  As such the same mechanism can apply for organic or inorganic, as it is essentially a common perception system for all matter.

It is forgotten that He, who surrounded us with this ever evolving mystery of creation, the ineffable wonder that lies hidden in the microcosm of the 'dust particle', enclosing within the intricacies of its atomic form all the mystery of the cosmos, has also implanted in us the desire to question and understand.

A number of observations that I found indicate that when we interact with stones, the perception of that interaction is ‘stored’ as perceptions in the stone itself.

Just as our perception records the activity we undertook with the stone involved, the stones perception system records the fact that we interacted with it.  Whenever we warn someone not to speak too loudly because ‘remember walls have ears’ we are acknowledging the existence of perception storage in stone or maybe even brick!