Being blood group A or B

Blood is composed of cells suspended in a liquid. The liquid portion is the plasma, from which therapeutic fractions and derivatives are made.  Suspended in the plasma are three types of cells:

Red cells are classified into blood groups. These groups are based on the antigens that are expressed on the red blood cell surface membrane. An antigen is a substance that stimulates the production by the Immune system of one or more antibodies. The membrane of each red blood cell contains millions of antigens. 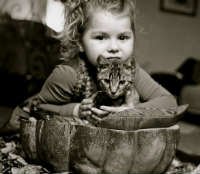 The immune system will try to destroy or neutralize any antigen that is recognized as a foreign and potentially harmful invader.  Thus the different types of blood are each one genetic mutations that occurred in response to attack by viruses, parasites and other invaders.  The blood cells are used to keep a record of past invaders and how to fight them.  The following is a truly excellent more detailed description of how this works.  It is an online book

Red blood cells can be divided using this system into four groups: 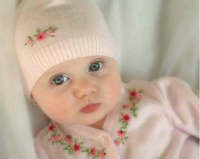 Very simply put, the O blood group seems to have a very rich record of how to fight invaders, but the other blood groups – possibly being older and from peoples not exposed to the viruses, parasites and bacteria which are now common – does not have the ‘memory’ of what to do and is thus far more vulnerable to attack.  As a consequence, all those people with blood group A [and possibly B and AB though there is less data here] are potentially very unhealthy, vulnerable people whose biology has not equipped them with the means of fighting invaders in the form of parasites, viruses and bacteria.

And sick weak people, as we can see from the site, are far more likely to have spiritual experiences.  Even better [spiritually]  if you are also Rhesus negative, because you are even sicker and weaker!

To provide some examples of the research that backs this up I am going to quote from a paper on Pubmed  - Brit. J. prev. soc. Med. (1957), 11, 107-125 BLOOD GROUPS AND SUSCEPTIBILITY TO DISEASE: A REVIEW BY J. A. FRASER ROBERTS Clinical Genetics Research Unit, Institute of Child Health, The Hospital for Sick Children, Great Ormond Street, London.  In reading the following we need to remember that scientists now believe that the majority of the diseases mentioned are caused by viruses, bacteria or parasites.

In 1951 new ground was explored by Struthers.  He examined the ABO groups in 400 consecutive infants coming to post-mortem examination at a children's hospital in Glasgow. He found an excess of children of Group A. Further analysis showed that the excess was due to those exhibiting bronchopneumonia.  …….there is at least a strong suggestion that tuberculosis may be commoner in those who are Rhesus negative.

Pernicious anaemia shows an association with Group A.

what emerged was that patients with cancer of the stomach have a higher frequency of Group A than do corresponding controls. On a total of some 3,500, the result was overwhelmingly significant. A series contributed by Dr. L. P. Hollander of Basel showed the same excess of Group A. The results were published by Aird, Bentall, and Roberts (1953). Jennings, Balme, and Richardson (1956) analysed results for 254 patients treated by partial or total gastrectomy, and found a large excess of Group A in those in whom the tumour was situated at the pylorus, a moderate excess of Group A when the tumour was at the cardia, and equality of Groups 0 and A when the site was the body of the stomach. Billington (1956c) also found an excess of Group A in prepyloric and cardiac cancers

there is strong, though by no means overwhelming, evidence, that diabetes mellitus is indeed commoner in those belonging to Group A. The evidence is less strong than for pernicious anaemia, although the numbers are considerably larger. This is because the excess in Group A is a good deal less.  ….In these 2,000 observations there is nothing appreciable to contradict the hypothesis that the excess occurs in both men and women, and also that it is present, and to an equal degree, over all ages at onset of the disease.

And in a separate paper we have a link between heart disease and Group A.  The following extract comes from ABO(H) blood groups and vascular disease: a systematic review and meta-analysis.  Wu O, Bayoumi N, Vickers MA, Clark P.- Section of Geriatric Medicine and Section of Public Health and Health Policy, University of Glasgow, Glasgow, UK.

Thus it seems that the link has been established to a number of diseases.  In effect those with blood group A have no built in immunity or learnt record of how to fight pathogens.  So they succumb.

Spiritual experiences are obtained via the diseases that result from not having the necessary protection.  All the observations are thus to be found within the headings of the disease.

It may be worth adding, however, that I am group A rhesus negative and have had pleurisy as well as gall bladder infection and now have heart disease, so I may be just living [but struggling] proof of this association.

The map below shows where these people are to be found.  Scandinavians [my genetic heritage], Australian aborigines, some Native American Indians [particularly the Blackfoot], the Maori and other Polynesian peoples, the Lapps, the Inuit, Basques and people in Northern Turkey [particularly those of Armenian descent], the Grand Andamanese in particular look like they are ripe for both an unhealthy, disease plagued life and lots of spiritual experiences.

Blood group B has its highest frequency in Northern India and neighboring Central Asia.