Gardner, Ingrid - The hypothesis of the unit of energy

Any software input – composed of zeros and 1s – so called digital input – produces different effects depending on what it is played through.  Suppose we have a CD which is digitally encoded and which contains music.  If we run the input through a music interpreter and player you get music.  Run the same program through imaging software and you usually get patterns, geometric swirling and colourful. Run it again through sensory/touch software attached to a sensor on your fingers and you can produce all sorts of touch sensations – tingling,  hard impact, rough, soft etc.

The same CD, because everything is digitally encoded,  can thus produce different effects depending on what software is used to execute it – imaging software, sound software, touch software.  No doubt we could also produce taste software if we had worked out what makes taste taste!

We also know, from watching films encoded on CDs that we can combine images and sound into one encoded format – still all digitally encoded but a mixture of moving image with its corresponding sound.  Here the sound is extracted and run through sound systems and then through the speakers, and the images are run through imaging software to be displayed on your TV say. 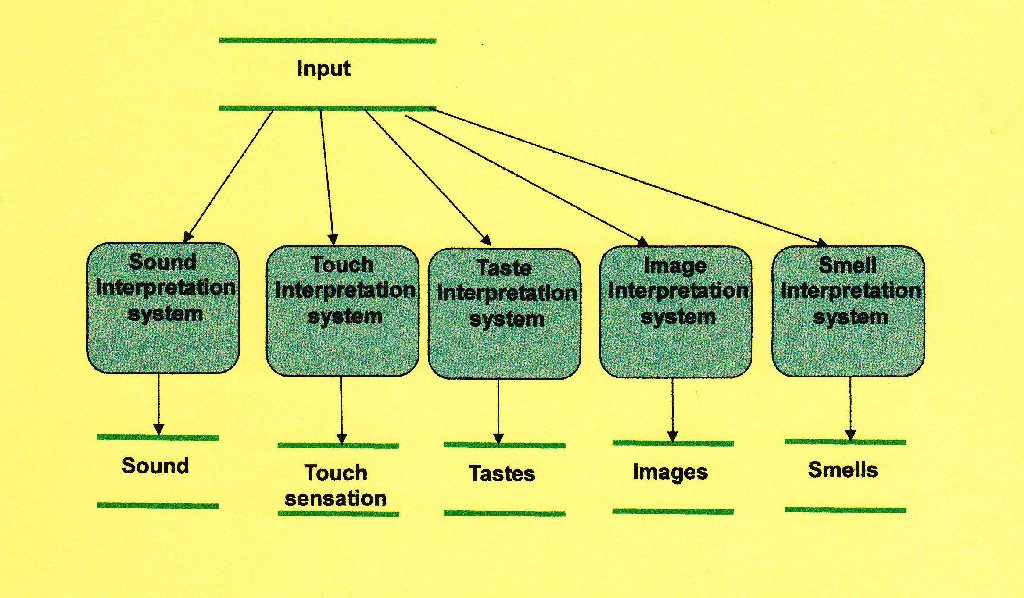 Encoding the input of the universe

What encoding is used for the input we receive as human beings?  In other words what is the encoding mechanism used in the spiritual world?  If we know this encoding we also know the fundamental building block of all the software used in animating form and in all function.

The answer appears to be that it is almost identical to that of software, it is an on/off switch which when combined in various sequences, produces 'vibrations'.  Thus the foundation block is not 'waves' or 'quanta' or strings, but the on/off switch.

This can be confirmed  by studying the effects of synaesthesia.

Our perception software has sub-functions that deal with images, touch, taste and smell, and sound coming from our sensory systems.  All these signals are, by the time they reach the interpreting software encoded.  We see them as  'electronically' coded signals, but that is only because the instruments we use are geared towards detecting electrical signals rather than viewing everything as encoded input.

Synaesthesia is the translation of input received from any one of these sensory systems in its 'electronic' form, by the 'wrong' software for that input. Thus, for example, we receive an image but in software form.  It is intended to be an image but gets taken up by the touch software and what we then experience is peculiar sensory signals – itching, tingling, ants under our skin.  Or the same image may be received by the software that interprets what we hear.  As the interpreting software thinks it is getting sound input it interprets it as a sound and we hear music, perhaps odd music or discordant music or possibly beautiful harmonic music.

All that is happening is that the wrong interpretation software is interpreting the signal. 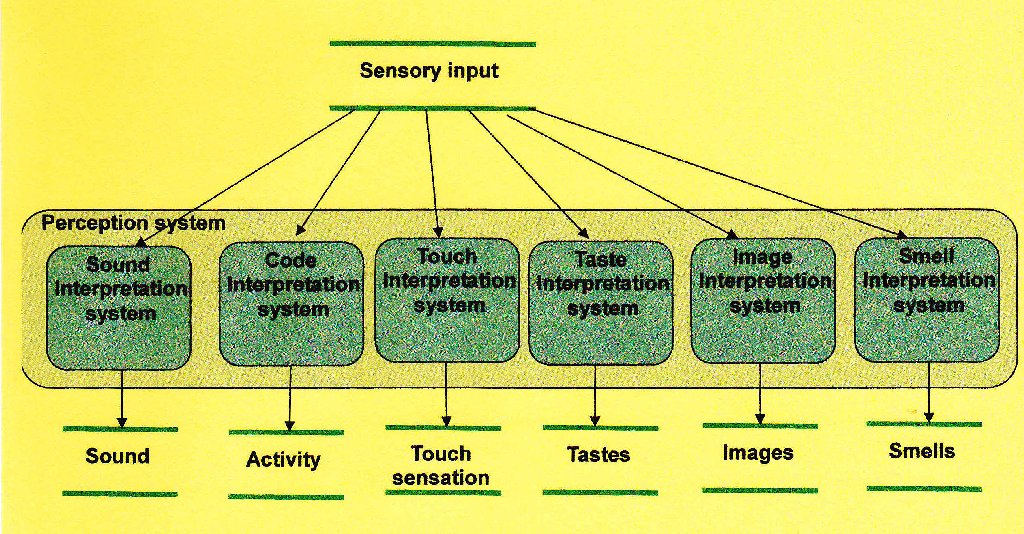 These effects are particularly noticeable with drug users, because it seems clear that the drug often confuses the software.  Thus an LSD or mescaline user, for example will see an image [input] but also experience it as a sound, or perhaps see an image and then experience it as sensations under the skin or as a taste.