The Bern zinc tablet (also Gobannus tablet) was found in the 1980s in Bern. It is inscribed with an apparently Gaulish inscription, consisting of the four words, each on its own line, the letter formed by little dots impressed onto the metal:

So the stone marked the entrance to the 'underworld' spiritually - when it was in place!  Annwn 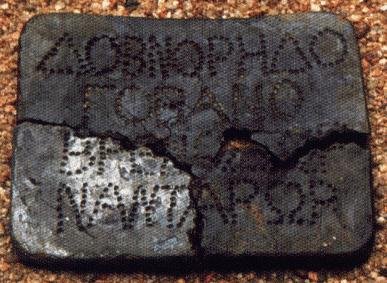