W.Y. Evans-Wentz - The Fairy-Faith in Celtic Countries - Tara as the centre of the Irish Mysteries 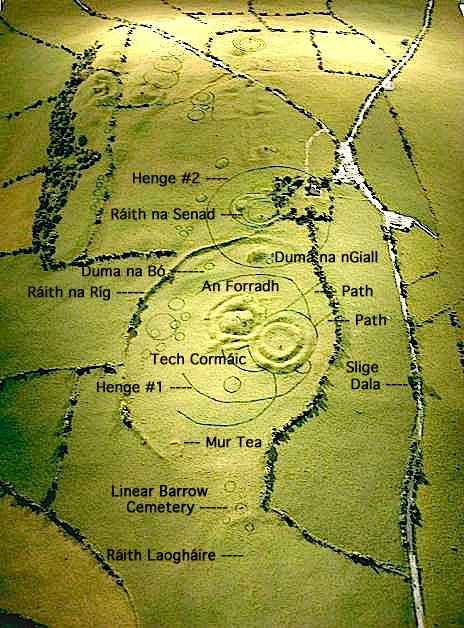 It seems clear enough, from the old Irish manuscripts .. that the Boyne country near Tara was the sacred and religious centre of ancient Ireland, and was used by the Irish in very much the same way as Memphis and other places on the sacred Nile were used by the ancient Egyptians, both as a royal cemetery and as a place for the celebration of pagan Mysteries.

It is known that most of the Mysteries of Antiquity were psychic in their nature, having to do with the neophyte's entrance into Hades or the invisible world while out of the physical body, or else with direct communication with gods, spirits, and shades of the dead, while in the physical body; and such Mysteries were performed in darkened chambers from which all light was excluded.

These chambers were often carved out of solid rock, as can be seen in the Rock Temples of India; and when mountain caves or natural caverns were not available, artificial ones were used.