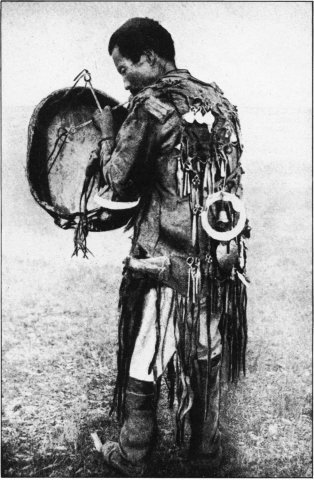 According to Karjalainen, the number of a Vasyugan shaman’s helping spirits may vary, but usually they are seven.  In addition to these familiars, the shaman also enjoys the protection of a spirit of the head, which defends him during his ecstatic journeys; of a spirit in the shape of a bear, which accompanies him on his descents to the underworld; of a grey horse, which he rides when he ascends to the sky and others still.

Elsewhere this troop of spirits that attend the Vasyugan shaman is replaced by a single spirit – a bear among the northern Ostyak, a messenger among the Tremyugan and other peoples – which brings the gods answer; this spirit suggests the messengers of the celestial spirits (birds etc)  The shamans summon them from every quarter , and they come, one after the other and speak through the shaman’s voices