W.Y. Evans-Wentz - The Fairy-Faith in Celtic Countries - Caves as the place of rebirth

If we are to class together the original Purgatory, New Grange, Gavrinis, and other Celtic underground places, as centres of the highest religious practices in the past, we should expect to discover that many similar structures or natural caverns existed in pagan Ireland, as indeed we find they did.

Thus in different Irish manuscripts various caves are mentioned, and most of them, so far as they can be localized, are traditionally places of supernatural marvels, and often (as in the case of the Cave of Cruachan) are directly related to the under-world. Another of these caves is described as being under a church, which circumstance suggests that the church was dedicated over an underground place originally sacred to pagan worship, and, as we may safely assume, to pagan mysteries.

The curious custom among early Irish Christians, of retiring for a time to a cave, seems to show the lasting into historical times of the pagan cave-ritual now surviving at Lough Derg only.

The custom seems to have been common among the saints of Britain and of Scotland; and in Stokes's Tripartite Life of Patrick (p. 242) there is a very significant reference to it. In the Mabinogion story of Kulhwch and Olwen there seems to be another traditional echo of the times when caves were used for religious rites or worship, in the author's reference to the cave of the witch Orddu as being 'on the confines of Hell'.

A cave was thus popularly supposed to lead to Hades or an underworld of fairies, demons, and spirits; again just as in St. Patrick's Purgatory. Purely Celtic instances of this kind might be greatly multiplied. 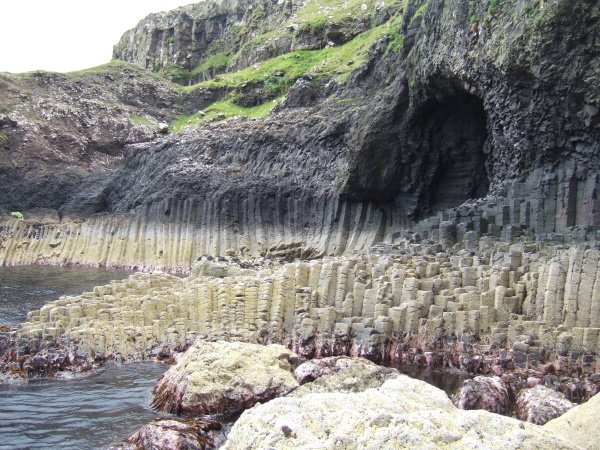